The union of 28 member countries located in Europe is called the European Union (EU). Out of the 28 members of the EU only 19 have accepted the euro (€) as their authorised currency. These countries are collectively known as the Euro zone. The Euro is used as a common currency for all the transactions in the Eurozone without any discrimination. These transactions are related to online/offline shopping, flight ticket booking, purchase of grocery etc.

The union of 28 member states located in Europe is called the European Union. Out of these 28 members only 19 countries have adopted Euro as their authorised currency. These countries are collectively known as the Eurozone.

The remaining 9 countries of the European Union have not adopted the Euro, these countries have their own separate currency. This means that if a citizen of the Eurozone wants to do shopping in these 9 Non-euro zone countries, he/she will have to pay in the currency of these respective countries or in any other valid currency i.e. the shopkeepers in Non-euro zone can refuse to accept Euro.

In December 1991, important decisions related to political, monetary and economic integration of the Europe were taken by the heads of the states of 12 members’ countries. This comes to be known as the Maastricht Treaty (Netherlands).

It is worth to mention that all the member countries of Eurozone could not print the Euro so the actual circulation of the Euro could take place since January 1, 2002 only. The gap of 3 years from 1999 to 2002 is known as the “Transition Period” of the Euro.

To control the operation of the Euro, the foundation of European Central Bank was also laid down in Germany in Frankfurt in June 1998.

Purpose of the Euro

A single currency offers many advantages, such as eliminating fluctuating exchange rates and exchange costs. Because it is easier for companies to conduct cross-border trade and the economy is more stable, the economy grows and consumers have more choice in payment.

A common currency also encourages people to travel and shop in other countries. At global level, euro is the second most important international currency after the US dollar. Euro is used by 338.6 million people every day.

What are the conditions for joining the Eurozone?

To be able to join the Eurozone the EU member states are required to fulfil the so-called 'Convergence Criteria'. These are economic and legal conditions agreed in the Maastricht Treaty in 1992 and are also known as 'Maastricht criteria'.

According to the Mastricht treaty, if a EU country wants to join the Eurozone, then it will have to meet these 4 following conditions;

1. Low Inflation: If a country wants to be in the Eurozone, its inflation should not exceed 1.5% of the top three lowest inflation having countries of Eurozone.

2. Low Interest Rate: Interest rates should not exceed 2% as compared to the first three lowest interest rate having countries.

3. The annual budget deficit of the aspirant country should not exceed 3% of the Gross Domestic Product of its economy.

4. The debt of the aspirant country should not exceed 60% of the Gross Domestic Product of its economy.

Which countries are using Euro as their currency?

The euro (€) is the official currency of 19 out of 28 EU member countries, namely

All the Eurozone countries have minted their country’s distinctive identity behind coins and currency. But the name of every country’s currency is Euro and it is accepted throughout the Eurozone without any discrimination.

The Europa series of Euro banknotes is being introduced in the 19 countries of the Eurozone. Euro banknotes exist in seven different denominations: €5, €10, €20, €50, €100, €200 and €500. They are legal tender throughout the euro area. They feature architectural styles from different periods in Europe's history. The new €50 started circulating on 4 April 2017. 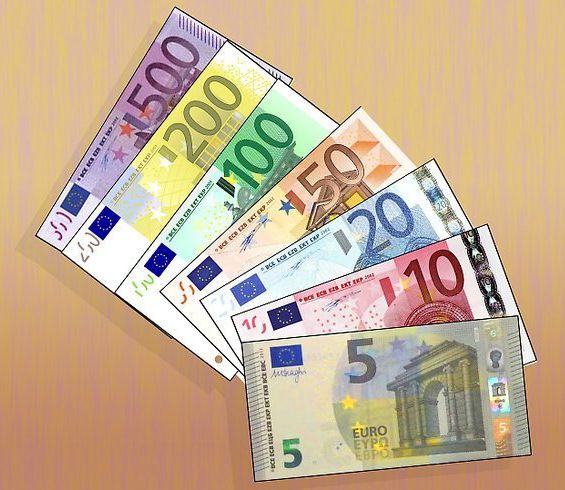 The Britain is still being considered a member of the European Union because process of its elimination from the European Union has not been completed yet. Large countries of EU like Britain, Sweden and Denmark have not adopted the Euro as their currency and they are using their own currency till date.

It is expected that after reading the above article, your concept about the Eurozone will be cleared.