What is Uniform Circular Motion?

When the body changes its position with respect to its surrounding, the body is said to be in Motion like motion of moon around the earth. This article deals with a type of motion i.e. Uniform circular motion with examples. 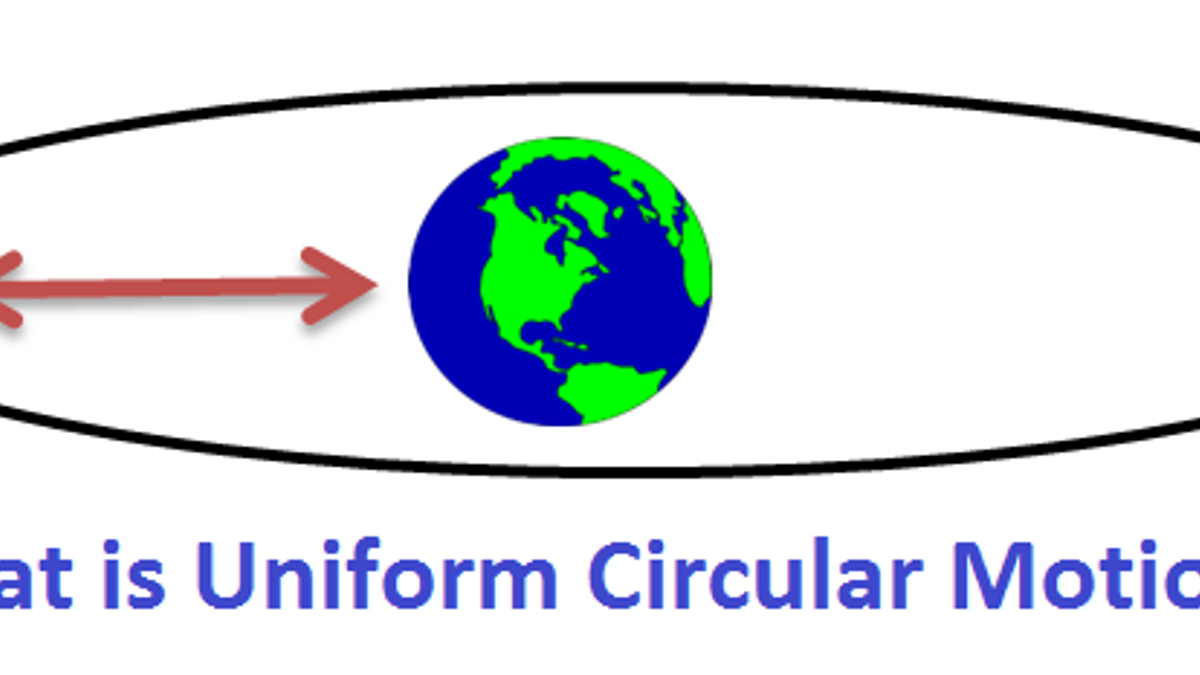 What is Uniform Circular Motion?

A body is said to be in a motion when its position changes continuously with respect to a stationary object taken as a reference point. The common characteristic of all the moving bodies is that they change their position with time. This article deals with Uniform circular motion with examples.
What is Circular Motion?
When a body or object moves in a circle, it is said to be in a circular motion. That is we can say that motion in a circle is a circular motion. When a body or object moves along a circular path, then its direction of motion or direction of speed keeps changing continuously. So, if an athlete moves with a constant speed along a circular path, then the velocity of the athlete will not be constant because velocity is the speed in a specified direction and here the direction of speed changes continuously. Since, the velocity changes with the continuous change in direction, therefore, the motion along a circular path is said to be accelerated.
Uniform Circular Motion 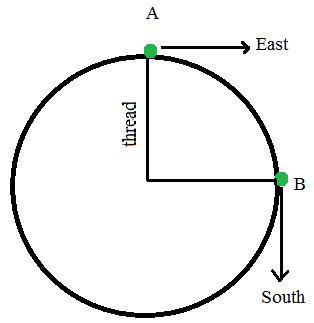 Important facts about Motion
Suppose a stone is tied to a thread and is rotated in a circular path with uniform speed in clockwise direction. Now, when a stone is reached a certain point say A, then its speed is directed towards east. And if the stone is released when it is at A, it will fly off in the east direction. When the stone is at point B, its speed is directed towards south. And if the stone is released when it is at point B, it will fly off in the south direction. That is when a body moves in a circular path, the direction of speed is not the same at any two points. And when there is a change in the direction of speed of the body, its velocity is not uniform.
Therefore, circular motion is accelerated even though the speed of the body remains constant. Please note that a force is needed to produce circular motion. The force is needed to make an object travel in a circular path which is centripetal force.
Some more examples of Uniform Circular Motion are:
1. Artificial satellites move in uniform motion around the earth. Therefore, the motion of a satellite around the earth is accelerated.
2. The moon moves in a uniform circular motion around the earth. We know that moon is a natural satellite of the earth.
3. Similarly, we can say that movement of earth around the sun is also a uniform circular motion. So, the motion of earth around the sun is accelerated.
4. The tip of a second’s hand of a watch exhibits uniform circular motion on the circular dial of the watch.
So, we understood that Force is required to make body move in a circle. And when a body or object moves in a circular path with constant speed is uniform circular motion.

What is the difference between Uniform and Non-Uniform Motion?