Osmania University Exam 2021 Postponed due to Cyclone Gulab, Revised Schedule to be Out Soon at osmania.ac.in 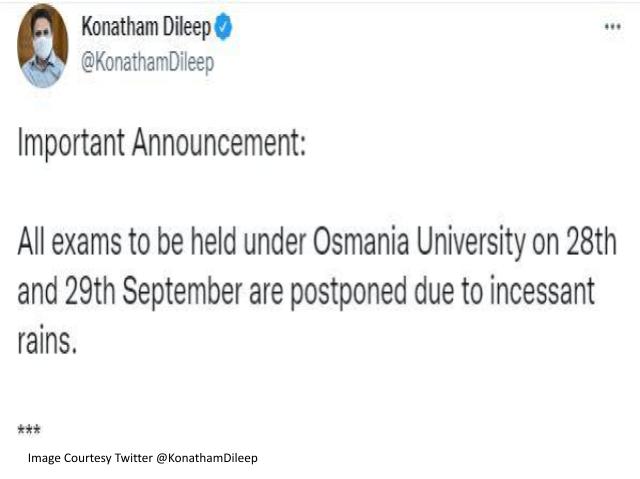 Due to the heavy rainfall and flash flood warnings issued in Telangana, Osmania University has postponed the undergraduate examinations which were scheduled to be conducted today and tomorrow - September 28 and 29, 2021. The university has postponed the examinations for the BA, B.Com and BBA Second and Fourth Semester students which were scheduled for these two days. The revised schedule of the postponed exams will be released later by the university.

The university has however further added that the exams which are scheduled for September 30, 2021 will be conducted as per the original schedule. 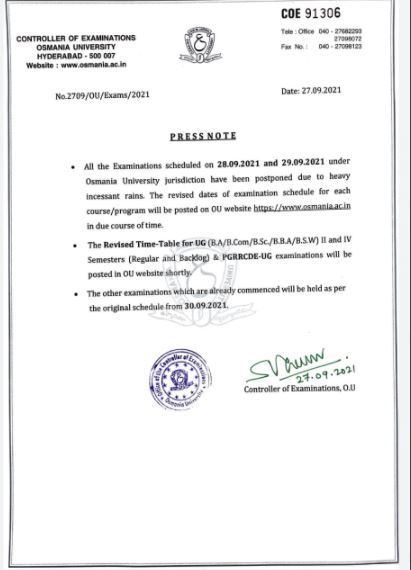 Those students appearing for the exams must make sure to keep checking the official website of Osmania University for all the updates regarding the revised schedule of the postponed examinations.

Telangana state has been warned of heavy rainfall due to Cyclone Gulab along with Flash flood Risk Warnings issued by the Indian Meteorological Department in the state.