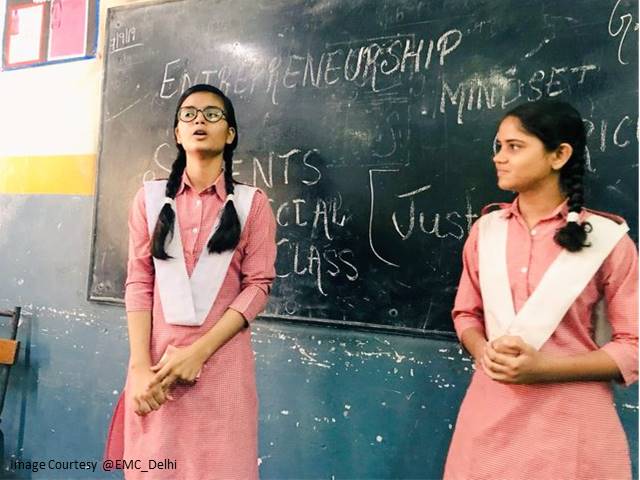 Delhi Deputy Chief Minister Manish Sisodia has said that Delhi Government’s flagship programme 'Entrepreneurship Mindset Curriculum' will help the state tide over the concerns regarding economic slowdown and unemployment. He made this statement while interacting with over 140 entrepreneurs at a session on the topic of Delhi’s role in the National Economy. The event was held at Delhi Secretariat.

Delhi to be Job Creator Economy

In his address to the gathering, Sisodia further added that the AAP Government’s flagship 'Entrepreneurship Mindset Curriculum' programme has the potential to transform Delhi’s economy from a Job Seeker to Job Creator mindset. He added that the curriculum is designed change the psyche of youngsters who typically believe in getting jobs rather than offering them.

He further added that the Entrepreneurship Curriculum programme was conceptualized by the APP Government as a project that can deal with the challenge of unemployment and jobless in the state. He also added that with an Entrepreneurship Curriculum will help create more entrepreneurs who are able to create successful and profitable businesses and thereby also contribute to handling the challenge of economic slowdown. Sisodia further added that "We should let our kids decide on both the choices - to opt for a salaried profession or to explore the field of entrepreneurship without restricting them to pursue a job.”

Delhi Government launched the Entrepreneurship Mindset Curriculum Framework for government schools in February 2019. The programme has been conceptualized as a scheme that will bring about a paradigm shift in the school education system by helping students develop an Entrepreneurship mindset which is inclined to develop successful and profitable businesses. As part of the programme, Delhi government will also provide seed capital worth ï¿½?ï¿½1,000 class XII and XII students, and ï¿½?ï¿½5,000 to college students.