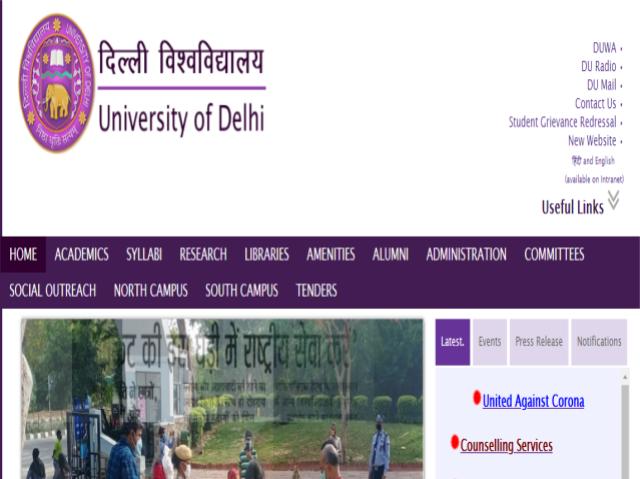 The Delhi University has released a notification clarifying on the news going around that students of the 1st and 2nd year undergraduate course will be promoted without semeser-end/term-end examinations. Contrary to reports claimed earlier by certain media representatives, the Delhi University has stated that it will be conducting the end semester and year-end examinations. Reports had earlier been circulated that a DU Committee formed was considering promoting the first and second-year students without conducting the examinations. It was also suggested that the decision to promote the students was taken due to the COVID-19 pandemic and lockdown imposed.

According to media reports, a report on the higher education matters which includes the academic sessions and examinations was to be submitted on April 13, 2020, but was put off since there were possibilities of the lockdown being extended further.

Delhi University had earlier postponed the theory and practical examinations until further notice due to the COVID-19 lockdown.

A committee has been formed by the University Grants Commission for looking into the academic calendar and examinations of the universities consisting of seven members headed by RC Kuhad, Vice-Chancellor of the Central University of Haryana.