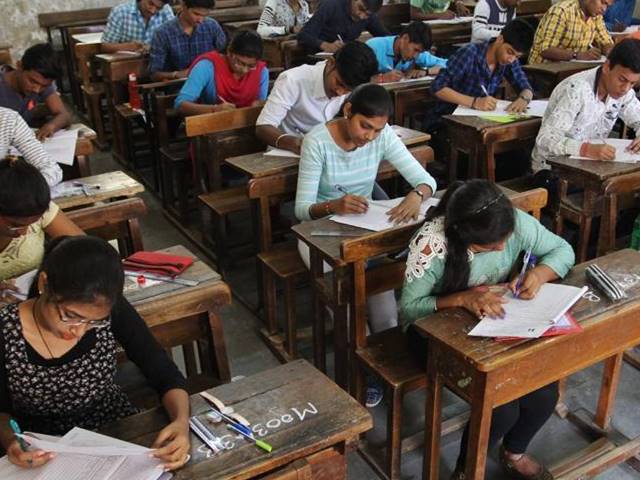 GSEB SSC Exam 2021 Cancelled: As per the latest update, the Gujarat Board of Secondary and Higher Secondary Education (GSEB) has decided to cancel the Gujarat Board 10th Exam 2021 in the light of the current pandemic situation. Following cancellation of GSEB 10th Exam 2021, all SSC students would be given mass promotion to Class 11. Media reports have confirmed that Gujarat Chief Minister Vijay Rupani made the formal announcement about cancellation of GSEB SSC Exam 2021. The decision to cancel GSEB SSC Exam 2021 and to award mass promotion to students was taken in the core committee meeting held on 13th May 2021.

Mr Rupani took to twitter to formally announce the decision. In a tweet sent from his official account, he noted “An important decision was taken today in the wider interest of the students of Std-10 SSC of the state. Considering the current state of transition of the corona, the decision to give adequate mass promotion to regular students in Std-10 SSC this year was taken in the core committee meeting held today."

Students to be Mass Promoted

Following the core committee meeting on 13th May, Gujarat Education Minister Bhupendrasinh Chudasama interacted with media persons to announce the decision. In the interaction, he said "The Board examinations for Class 10, which had been scheduled from May 10 to 25, have been cancelled considering the prevailing crisis of the corona outbreak. All the regular students who were to appear for the exams in 1,276 government schools, 5,325 grant-in-aid schools, 4,331 self-financed schools and 45 other schools will now be mass promoted to Class 11.” He also added that the decision to cancel SSC Exam has been taken despite the improvement in the COVID-19 situation in the state in the favour of safety of the students.

As of now, the GSEB SSC Exam 2021 has been cancelled for only regular students, but repeat students would have to appear for the Gujarat Class 10 Board Exam 2021 at a later date. On this, Mr Chudasama said "The government will once again review the situation after a considerable reduction in infection, regard the repeat students and then come out with a schedule. The students appearing for these examinations will be provided an adequate time of at least 15 days prior to the exam schedule."