HRD Ministry not to interfere in JNU fee hike issue 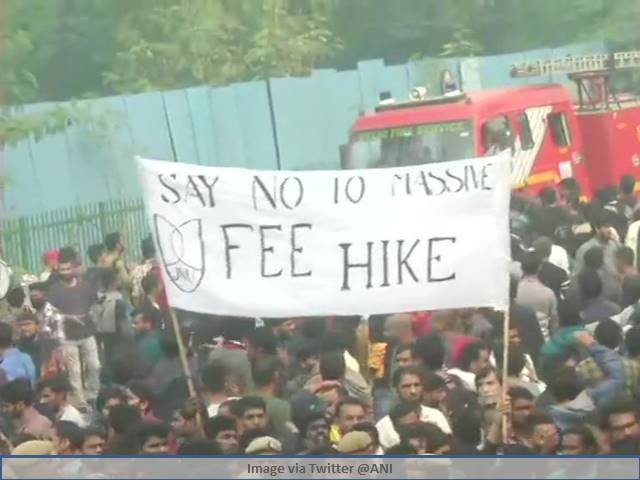 It has been reported that the central government will not be making any kind of direct intervention in order to solve the issue between the JNU administration and the students protesting against the hostel fee hike. As per media reports, the union HRD Ministry may facilitate a resolution but it will not be issuing any directive on the issue.

According to news sources the HRD Ministry has stated that issuing a directive will be undermining the autonomy of the university and they would better facilitate the resolution rather than directly interfere in it.

HRD Minister Ramesh Pokhriyal had informed that Lok Sabha that the central government has not directed any central university to increase its fees. The statement was made by the minister a day after the police lathi-charged the JNU students as they tried to march to the Rashtrapati Bhavan to meet the President and urge him to ensure the hostel fee hike is completely rolled back.

In a statement released by the university administration, it has been mentioned that the students have been invited for a talk nut they have been spreading false statements and have not attended the meeting.

The students of Jawaharlal Nehru University have been protesting for over a month inside the university campus against the hostel fee hike.  The students have also decided to boycott the semester examinations in spite of repeated appeals by the university administration asking them to return to their classes.

Also Read: UP Board Exam 2020: UPMSP sets aside Rs 150 crore for the Board Exams, confirms UP Board