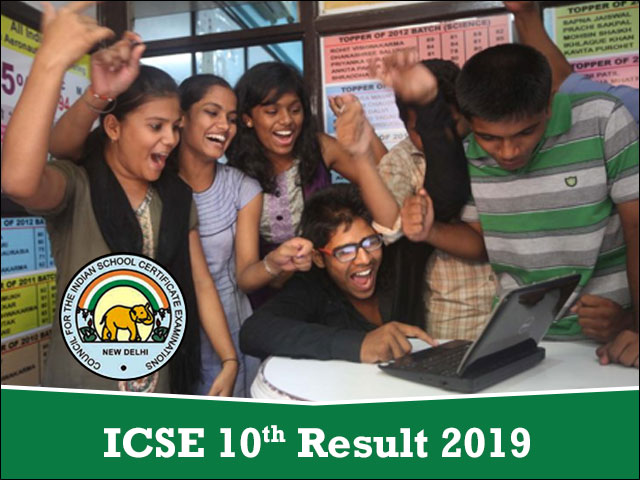 ICSE Result 2019: Manhar Bansal, from Punjab’s Muktsar district, secured an All India Rank 1 in the Indian Certificate of Secondary Education (ICSE) 2019 Examination with a total of 498 marks out of 500. Although he is the topper of the board, Bansal has joined the Central Board of Secondary Education (CBSE) for his class 11 humanities stream.

Manhar secured 98 in English, 99 in Hindi and 96 in Punjabi while in the rest of the subjects including mathematics, science, sociology, and physical education Manhar scored a straight 100 in his ICSE board examination. Since the best of four subjects and English are taken into consideration, his total came up to 498 out of 500.

Talking to the media Bansal stated, “Both my parents and my brother are doctors. Since childhood, I knew that I do not want to do medicine and wish to do something different which like the medical field, makes an impact on the lives of people”. Bansal has decided to prepare for the judiciary and civil services. He says that he wants to graduate in law. He plans take coaching for the Common Law Admission Test (CLAT) from class 11 onwards.

Sighting the reason for the change to the CBSE board Bansal says, that he has decided to take the shift because most of the entrance examinations follow the CBSE syllabus and NCERT textbooks. He said that since he will be preparing for the national-level competitive exams, he thought it would be better to study in a CBSE-affiliated school since almost all competitive exams are based in CBSE syllabus and NCERT books.

Bansal is presently studying at Delhi Public School (DPS) RK Puram and residing in a hostel. He says that he had to leave his parents and hometown in search of better quality education.

Reasoning the decision to leave his hometown he explains that the humanities stream is looked at as a stream for low aiming students. He wanted to study from the best since he is interested in law, political science, philosophy and so on.

He loves reading and spending on books related to Philosophy. He started reading his mothers’ philosophy books from an early age. Manhar also loves to write poetry in his free time.

While talking about his study routine he says, When he read the interview of last year’s toppers, he realized that these are a different category of students. he could never achieve such a feat. He also says that he never used reference books for studying and dedicated only limited hours for his studies. He slept at 10 PM daily. He adds, “What worker in my favour was that whatever I studied, I did it with full sincerity and focus”