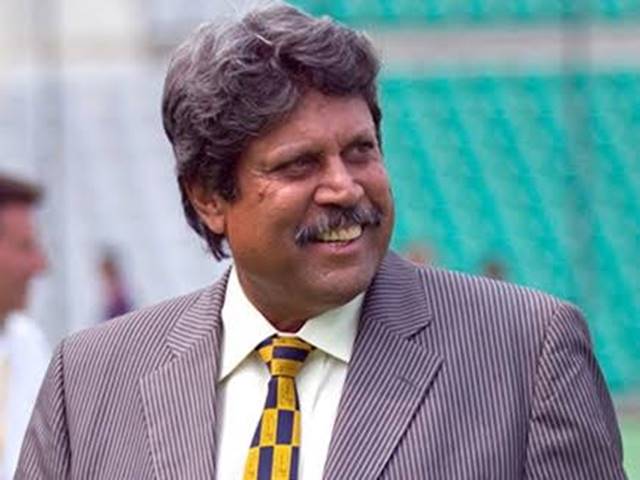 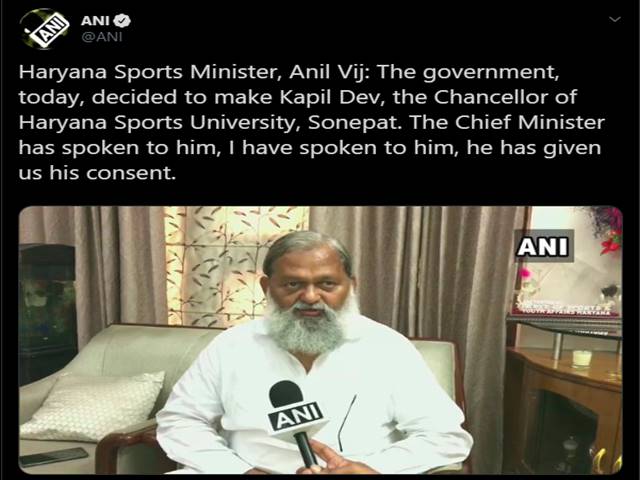 Following the announcement of Kapil Dev’s appointment, Sports Minister Vij also confirmed that Chief Minister Manohar Lal Khattar had spoken to the veteran cricketer to discuss the appointment during which Dev had accepted the appointment as an honour.

Haryana Government approved setting up of a dedicated sports varsity that will look after the professional grooming and development of sports persons in the state. On 16th July, Haryana Cabinet approved setting up of Haryana Sports University at Rai in Sonepat district. The University will conduct academic and training programmes in physical education and sports sciences. In addition to these, the university will also run programmes on a host of subjects related to sports education including ports technology, sports medicine, sports management, sports infrastructure engineering, sports psychology, sports nutrition, sports journalism and sports marketing.