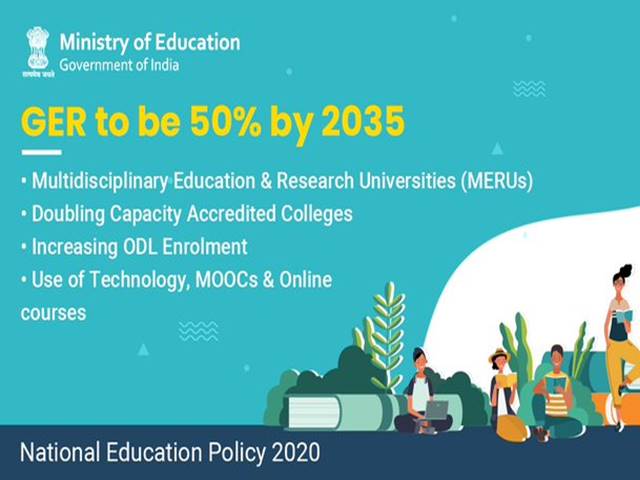 Karnataka to Implement NEP from August: As per the statement issued by the Karnataka State Education Minister S. Suresh Kumar; the State Government plans to implement the New Education Policy approved by the Union Cabinet, from August 2020 onwards. According to the minister, the NEP 2020 will be merged with the draft state policy and be implemented from this month onwards. The State Secondary Education Minister was having a discussion with the raft National Education Policy Committee head Dr K Kasturirangan on Friday, in which he announced his decision. He said that the state had also formulated a draft policy, which will now be merged with the New National Education Policy 2020.

Education Minister S. Suresh Kumar also informed that earlier, Karnataka Government had already passed a a resolution accepting the Central government's National Education Policy and held a meeting to discuss to chart-out an implementation plan for the same. Deputy Chief Minister and Minister for Higher Education, C.N. Ashwath Narayan also informed that "A resolution was passed accepting the NEP.” He also added that Karnataka would at the forefront of implementing NEP 2020 which aims to transform education domain and prepare India for a better tomorrow. On Friday, Karnataka Chief Minister B. S. Yediyurappa and Narayan met K Kasturirangan and congratulated him for bringing out NEP which will propel India towards a bright future.

As per reports, the state government is working on modifying the draft policy compiled by the state committee to incorporate the steps announced in the NEP 2020. Tentatively, it will take around 2 weeks’ time to complete the process after which a separate education policy will be brought out dedicated for Karnataka. "In two weeks' time, the NEP and a state policy would be merged to bring out a separate policy for Karnataka," said Primary and Secondary Education Minister S. Suresh Kumar.

Education Minister also informed that the State Government has formulated a taskforce which is working on a plan of action for effective implemtnation of the NEP 2020 in the state. The action plan is expected to be presented before the state government by 16th August, which will be followed by a a detailed plan of action which will be brought out by 20th August.