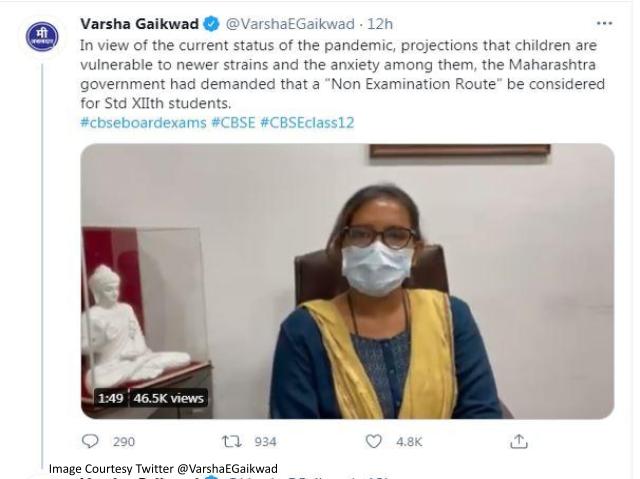 Maharashtra Minister (School Education) Varsha Gaikwad has assured that a decision on the Maharashtra class 12 examinations will be made soon by the state government. While speaking on the CBSE decision to cancel the class 12 board exams, Maharashtra Education Minister stated that the government had demanded a non-examination option for the class 12 students. She further added that the decision regarding the Maharashtra class 12 exams will be taken soon by the department keeping in mind the health and safety of the students. 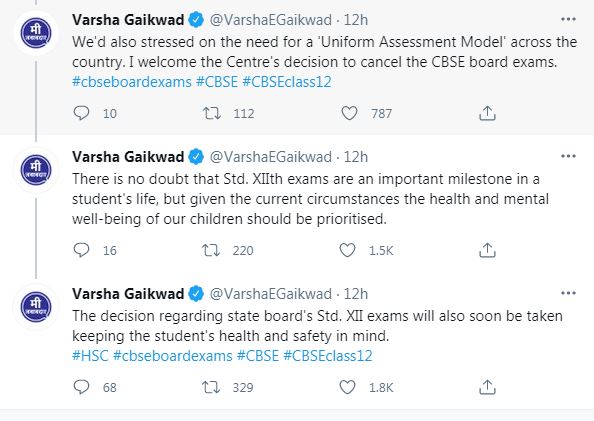 The state education minister in a recorded message stated that the decision on the class 12 exams will be made keeping in mind the safety and mental health of the students. She added that there is no doubt that the class 2 exams are an important milestone for the students and given the ongoing situation the health and well being of the students are a top priority.

The ISC Class 2 exams have also been cancelled by the CISCE  board. According to board officials, the class 12 students will be evaluated based on assessment criteria which will be announced on the official website soon. Students who were to appear for the ISC class 12 exams are advised to keep visiting the official website for further information.