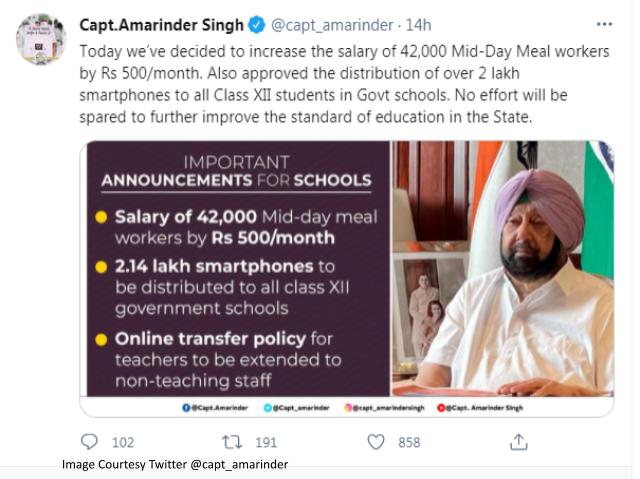 The chief minister stated that the government will make all the necessary efforts to improve the standard of education in the state. On his official Twitter handle the chief minister mentioned that approval has been given for the distribution of 2 lakh smartphones to all the students in class 12 from government schools. He also further added that efforts will be made to improve the education standard in the state.

In the tweet, the state chief minister also mentioned the state government's decision to increase the salary of 42,000 mid-day meal workers by Rs. 500 per month. The online transfer policy for teachers will also be extended to the non-teaching staff members.