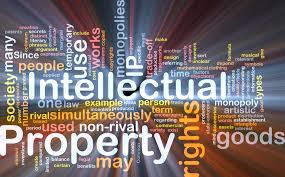 The Intellectual Property Rights (IPRs) provides a secure ecosystem for investors, scientists, artists, designers, traders etc. to foster innovation and scientific temper.  The National Intellectual Property Rights (IPR) Policy was released by the Union Finance Minister in May 2016. The Policy which is in compliance with the WTO's (World Trade Organisation) agreement on TRIPS (Trade Related aspects of IPRs), aims to sustain entrepreneurship and boost the flagship scheme 'Make in India.'

(i)    IPR Awareness: Outreach and Promotion - To make public awareness about various aspects- the economic, social and cultural benefits of IPRs among all sections of society.

(iii)    Legal and Legislative Framework - To have strong and effective IPR laws, which balance the interests of rights owners with larger public interest.

(vi)    Enforcement and Adjudication - To strengthen the enforcement and adjudicatory mechanisms for combating IPR infringements.

These objectives are sought to be achieved through detailed action points. The action by different Ministries/ Departments shall be monitored by DIPP which shall be the nodal department to coordinate, guide and oversee implementation and future development of IPRs in India.

An India where creativity and innovation are enthused by Intellectual Property for the benefit of the mass; an India where intellectual property encourages advancement in science and technology, arts and culture, traditional acquaintance and biodiversity resources; an India where knowledge is the main driver of development, and knowledge owned is transformed into knowledge shared.”

Stimulate a dynamic, vibrant and balanced intellectual property rights system in India to:
•    Foster creativity and innovation and thereby, promote entrepreneurship and enhance socio-economic and cultural development, and
•    Focus on enhancing access to healthcare, food security and environmental protection, among other sectors of vital social, economic and technological importance. 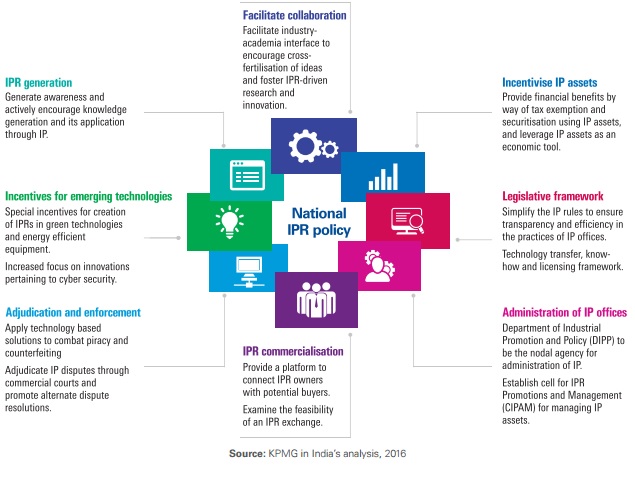 The new IPR Policy rightly identifies the growing importance of IP in India and it also intends to tackle several IPR confrontations during the generation, protection and commercialisation stages of Intellectual Properties (IPs). Apart from these, it also endeavours to address the irregularities in the existing framework and has taken significant steps to balance the interests of individuals’ rights with the public interest. The new policy may be used as a springboard by the stakeholders to take proactive measures to transform their innovation capabilities.

Now, currently there are separate departments and ministries in India to deal the various subject matters of IPR which needs some integration on priority basis.  This will help to address the complexities lies in the process. Strict implementation of the IPR policy is required to make balance between the private rights and public interests. The government should make the policy more incentivised for the individual innovators, investors, artists, designers, traders etc, so, that exploration of new inventions and dimensions could be possible in the country.