Here you find all information about the UP Board 12th Result 2013 that is expected to be announced on 5 June 2013. The result will be declared by the Board of High School and Intermediate Education Uttar Pradesh, Allahabad 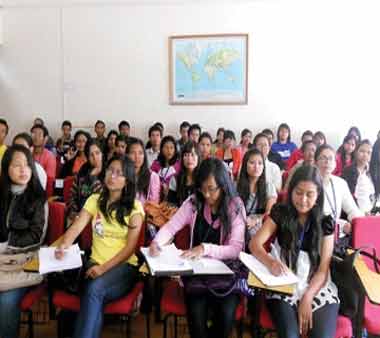 The UP Board 12th Result 2013 is expected to be announced on 5 June 2013 by the Uttar Pradesh Madhyamik Shiksha Parishad (The Board of High School and Intermediate Education, Allahabad). The Intermediate Examination (12th) exams of UP (Uttar Pradesh) board were held between 12 March 2013 and 6 April 2013.

Students can check their results on jagranjosh.com Candidates need to enter their roll number in the box provided on the website to fetch their result. They can henceforth download provisional mark sheet provided by the board and get the original mark sheet from their respective schools as and when notified.

The result declaration pattern of UP Board (12th) result 2013 in the past 2 years has been on 6 June in 2011 and on 5 June in 2012. Hence, candidates are requested to keep their roll numbers handy to avoid unnecessary panic.

Candidates can also register with jagranjosh to get latest updates on their UP Board 12th result 2013 by entering their Name, Email Address, Phone Number, Roll Number and Roll Code/ School Code.

Established in 1921 in Allahabad, the Board of High School and Intermediate Education Uttar Pradesh conducted its first public examination in 1923 and is the largest examining body in the world.