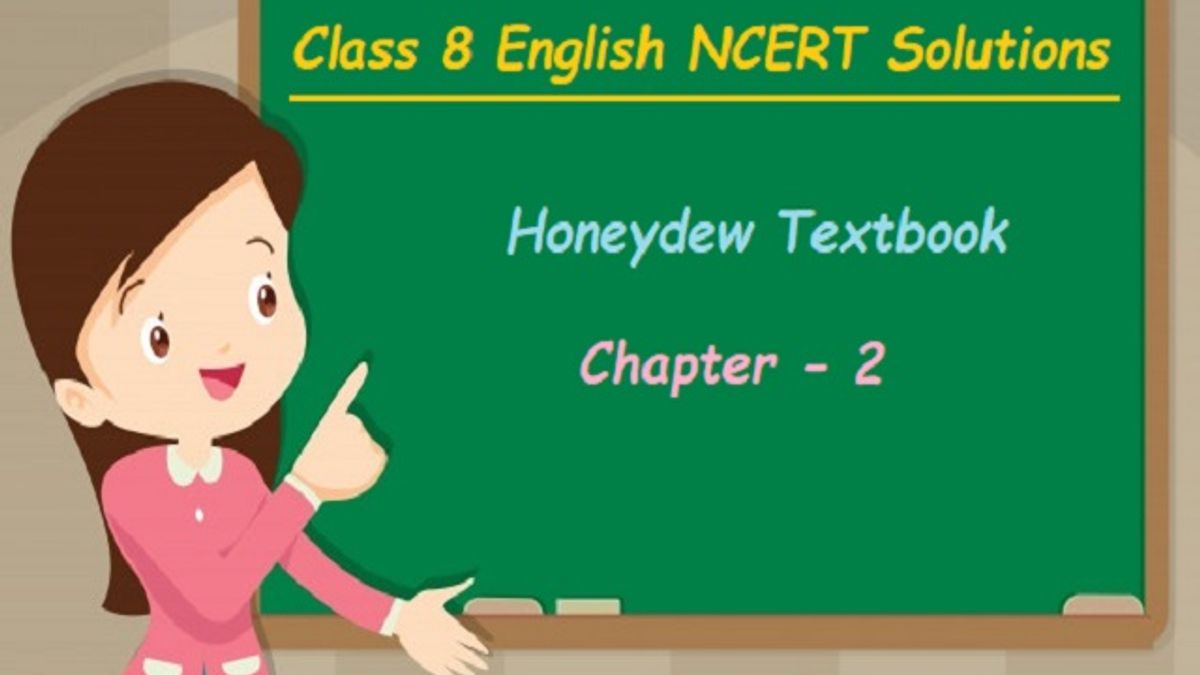 Check Class 8 NCERT Solutions for English Subject. In this article, we have provided NCERT Solutions for Chapter 2 from the English Honeydew Textbook. Chapter 2 contains the stories of survival and courage post Tsunami in the affected areas. The NCERT solutions of this chapter have been provided after a detailed analysis of the latest syllabus issued by CBSE. Students of Class 8th can study the answers provided here to score well in their school exams.

Ques: When he felt the earthquake, do you think Ignesious immediately worried about a Tsunami? Give reasons for your answer. Which sentence in the text tells you that the Ignesious family did not have any time to discuss and plan their course of action after the tsunami struck?

Answer: No, Ignesious did not talk about the tsunami. He thought that it was just an earthquake. So he took the television off the table and put it on the ground. His family did not have time to discuss and prepare their course of action. The following sentence tells about the chaos and confusion. “ … two of his children caught hold of the hands of their mother's father and mother's uncle, and ran in the opposite direction.”

Ques: How are Meghna and Almas’s stories similar?

Answer: Meghna and Almas — both were lucky. Meghna has swept away with her parents and other men. Yet she did live anyway. A flood had swept her ashore. Almas climbed on to a wooden log. She found herself in a hospital in Kamorta, when she opened her eyes.

Ques: What are the different ways in which Tilly’s parents could have reacted to her behaviour? What would you have done if you were in their place?

Answer: Tilly soon foresaw the risk of a tsunami. She went hysterical. Her parents never ignored her. They were sure there must be something wrong going on. So all of them left the beach and were saved. If I were Tilly 's parents instead, I may not have trusted in her. I could have scolded her for making the situation nonsense.

Ques: f Tilly’s award was to be shared, who do you think she should share it with— her parents or her geography teacher?

Answer: It is very obvious. Tilly’s award should be shared with her geography teacher. Her parents could not guess the tsunami was coming.

Ques: What are the two different ideas about why so few animals were killed in the tsunami? Which idea do you find more believable?

Answer: Very few animals were killed in the tsunami. Perhaps they feel the tremor much before humans do. Secondly, the animals have sixth sense. They can guess the coming disaster and so run away to safer places/higher ground. The idea that the animals are gifted with the sixth sense is more believable. They move fast to get over the crisis.