The move is a part of the RBI’s prompt corrective action against public sector lender Dena Bank in view of its high non-performing loans. The RBI initiated Prompt Corrective Action (PCA) for Dena Bank in May 2017 and imposed certain restrictions on the bank. 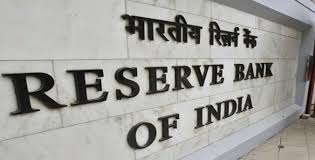 Taking into account the high Non-Performing Assets (NPAs), the Reserve Bank of India (RBI) on May 11, 2018 ordered the Dena Bank Ltd to not to issue any fresh loans and hire any new personnel.

The move restricts the bank from giving fresh credits; however, it can accept the deposits.

Why RBI took such stringent move?

The move is a part of the RBI’s prompt corrective action against public sector lender Dena Bank in view of its high non-performing loans. The RBI initiated Prompt Corrective Action (PCA) for Dena Bank in May 2017 and imposed certain restrictions on the bank.

• The public sector lender on May 11, 2018 reported a further widening of its net loss to Rs 1225.42 crore in the March-ended quarter due to mounting bad loans and higher provisioning. In the previous quarter, the loss was Rs 380.1 crore.

• Only on capital front, the bank has not breached any risk threshold with 11.09 percent Capital Adequacy Ratio and 8.81 percent common equity tier-I capital.

RBI's corrective action against other banks

• At present, out of 21 state-owned banks, there are 11 banks under the PCA framework of the Reserve Bank because of their weak financials.

About the Prompt Corrective Action (PCA) of the RBI

• Under the PCA, banks face restrictions on distributing dividends and remitting profits.

• In such cases in India, the government is asked to infuse capital into the lender.

• Banks could also be stopped from expanding their branch networks.

• Lenders are directed to maintain higher provisions and management compensation; and limit the directors’ fees.

• The metrics that are used to measure how weak a lender is, are - capital, net NPAs, Return on Assets (RoA) and Tier 1 leverage ratio and these metrics define the three risk thresholds according to which RBI implement the action plan.

• Banks under PCA can fall into three risk thresholds based on the level of bad loans, capital adequacy and profitability.

• In April 2017, the RBI had issued a new set of provisions under the revised PCA framework, adding a clause that if a bank does not show improvement or if it reaches the level of ‘risk threshold 3’, then it could either be merged or be taken over by other bank.

• In January 2018, the Union Government had announced its Enhanced Access and Service Excellence (EASE) reform agenda under which banks are needed to set up specialised monitoring agencies for loans above 250 crore.

• Banks are required to set up a separate vertical for non-performing assets (NPAs), apart from selling non-core assets and rationalising overseas businesses.

• Banks also need to have a minimum 10 percent exposure in consortium loans to prevent a situation in which too many lenders are involved when it comes to debt resolution.

Is RBI stressing on the need of ‘Narrow Banking’ in face of Prompt Corrective Action?

Though RBI has not clearly stated, but its Prompt Corrective Action mechanism seems like that of the Narrow Banking itself.

The ‘Narrow Banking’ concept involves separation of the deposit and lending functions of a bank, wherein, banks can only accept deposits and cannot issue any fresh loans or credits. However, the concept of Narrow Banking appears to be unacceptable to the authorities.

In 1997, the Tarpore Committee on Capital Account Convertibility recommended that weak banks with high NPAs should be converted into narrow banks.

However, contrary to the committee’s recommendations, economists Saibal Ghosh and Mridul Saggar, in their 1998 research paper, claimed that though narrow banking could be a feasible proposition for banks with high NPAs, however, implementing such a concept in a developing economy like India could be costly and could lead to a sharp decline in profitability significantly.