The AYUSH Ministry has issued an advisory for coronavirus based on traditional Indian medicine practices- Ayurveda, Homeopathy and Unani. 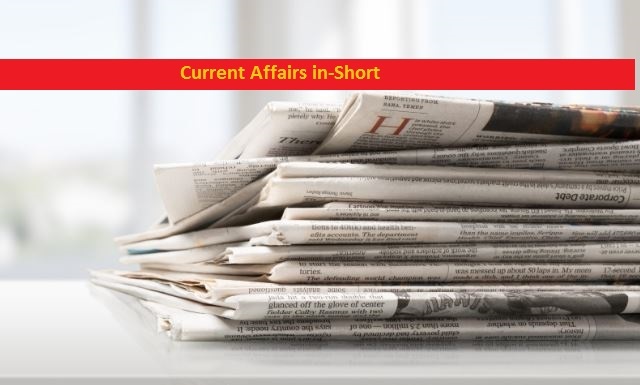 AYUSH Ministry releases advisory for Coronavirus
• The Union Ministry of AYUSH has issued an advisory for coronavirus based on traditional Indian medicine practices- Ayurveda, Homeopathy and Unani.
• Some of the suggested preventive management steps include maintaining personal hygiene, regular washing of hands with soap and water for at least 20 seconds, drinking boiled water, avoid touching eyes, nose and mouth with unwashed hands and avoid close contact with those who are sick.
• The advisory also suggests staying at home when one is sick and to cover one’s face while coughing or sneezing, wash hands regularly and disinfect frequently touched objects and surfaces.
• Other measures to avoid droplet transmission include using an N95 mask while traveling or working in public places and contact the nearest hospital immediately if you suspect coronavirus infection.

Union Cabinet approves 30 percent of North-Eastern Council's allocation for new projects
• The Union Cabinet has approved 30 percent of North Eastern Council’s (NEC’s) allocation for new projects for focused development of deprived areas, neglected sections of the society and the emerging priority sectors in the northeastern states.
• The balance allocation shall be divided in the existing two components in the ratio of 60:40 (state component-60% and central component-40%).
• The move will provide socio-economic benefits to the vulnerable groups of people living in the backward and neglected areas of the north-east. It will also lead to faster implementation of projects.

Bangladesh to provide formal education to Rohingya refugee children
• Bangladesh has decided to provide formal education to the Rohingya children living in the refugee camps. Bangladesh’s Foreign Minister Dr. AK Abdul Momen made the announcement in an interview on January 28, 2020.
• This was decided after a meeting of a National Task Force set up by the government. As per reports, the government plans to educate Rohingya children up to the age of 14.
• The Rohingya refugee children living in Bangladesh were earlier barred from receiving formal education. They were being given primary education in temporary learning centres set up by the UN children's agency (UNICEF).

India reaffirms call for two-state solution to Israeli-Palestinian conflict
• India on January 29, 2020 reaffirmed the call for a two-state solution to the Israeli-Palestinian conflict and urged both sides to resolve all issues. This was stated by the spokesperson of the Ministry of External Affairs, Raveesh Kumar while responding to a query.
• India reiterated its stand a day after US President Donald Trump unveiled his much-awaited Middle East peace plan.
• India continues to urge both the parties to engage with each other and find an amicable two-state solution for peaceful coexistence.