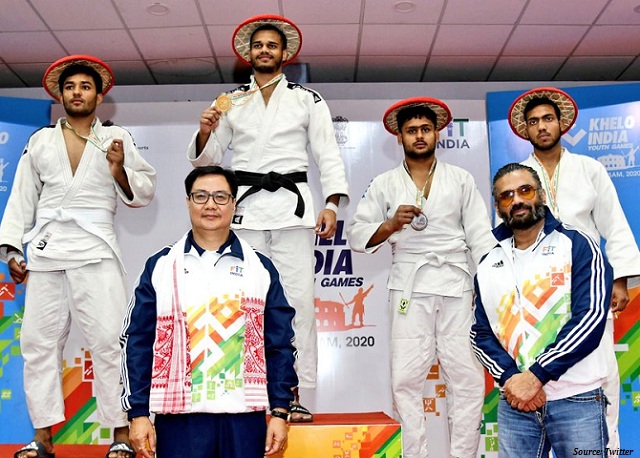 • Maharashtra and Haryana have fixed their position at the top two spots in the medal tally with regular gold medal flow.  Haryana dominated largely in Kabaddi, winning four gold medals in the sport.

• Haryana also won three gold medals each in archery and athletics, one each in cycling and gymnastics and one in athletics in 1500m in the Under-17 category. The state also dominated in archery, winning 7 medals including 3 gold.

• Uttar Pradesh and Delhi are neck-to-neck with 48 medals each, with the difference of just one medal. While both states have equal number of gold medals, UP is ahead of Delhi in the silver medal count.

• Kerala put up an impressive show in athletics by bagging 10 gold medals, most by any state. Though Haryana won 29 medals overall, it lagged behind Kerala that won 18 medals, as it had only nine gold medals.

• West Bengal broke into the top ten with 7 gold medals, displacing Karnataka, which fell back to the 15th position. Assam and Rajasthan are also inching towards the top 10 with 6 gold medals each.

• Gujarat’s judo team performed exceptionally, as, among the state’s 10 gold medals, seven have come from Judo events. The state won three of the eight gold medals on offer in the under-21 judo competition.

• Madhya Pradesh’s compound archers bettered their last year’s performances to win gold this time. While Muskan Kirar won gold in the girls’ Under-21 event, Chirag Vidyarthi won gold in the boys’ under-17 event.

The Khelo India Youth Games is conducted in two separate age categories- Under-17 boys and girls and Under-21 boys and girls group. The games include 20 sporting disciplines.

The second edition of the Khelo India Youth Games was held in Pune, Maharashtra in 2019. Maharashtra had finished at the top of the medal tally in the edition with 227 medals, followed by Haryana in second place with 178 medals.

The event is conducted to give the youngsters the experience of being a part of a big sporting event, similar to the senior sporting events such as the Asian Games, Commonwealth Games and the Olympic Games.