The complex bio-community formed by the adjustment of climate, soil etc. of a particular region is called biome. Forest Biome, Savanna Biome, Grassland Biome, Desert Biome and Tundra Biome are five terrestrial biomes of the world which are divided on the basis of availability of soil-water and temperature. In this article, we are giving detailed information about the terrestrial biomes of the world, which is very useful for the competitive examinations like UPSC-prelims, SSC, State Services, NDA, CDS, and Railways etc. 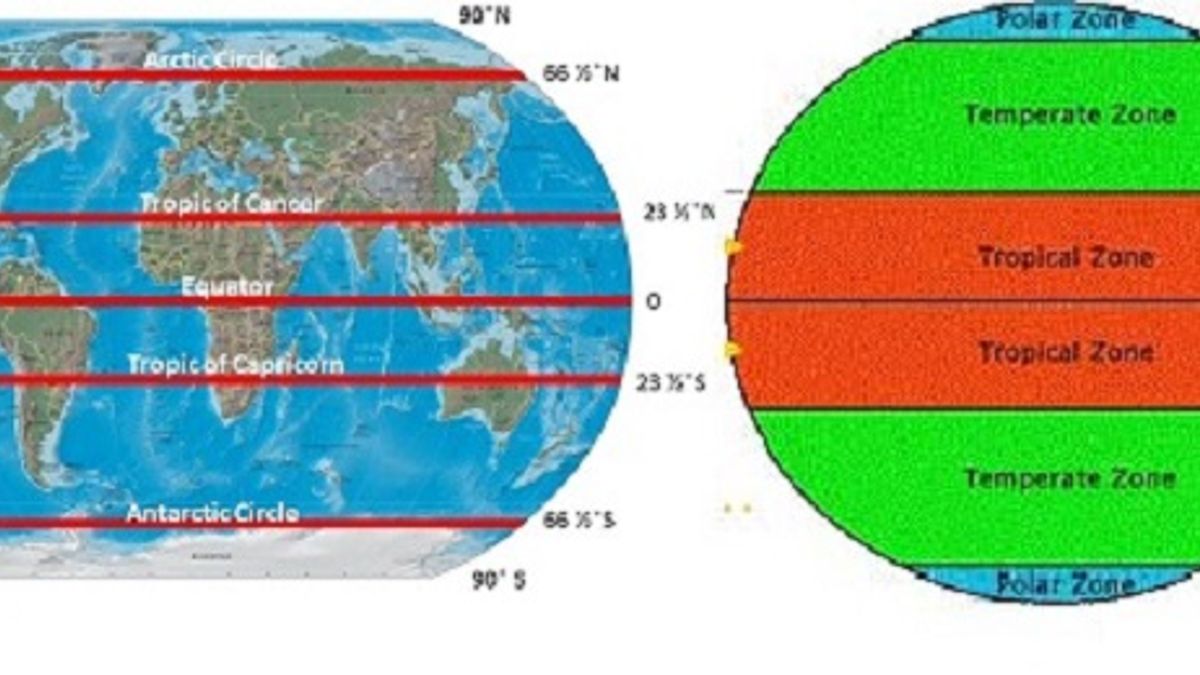 The term biome refers to a large, distinctive complex of plant communities created and maintained by climate. It can be defined as a major biotic community characterized by the dominant forms of plant life and the prevailing climate. There are five terrestrial biomes of the world which are divided on the basis of availability of soil-water and temperature is discussed below:

It is used to describe areas where there are a large number of trees. It is divided into two sub-parts which is discussed below:

The Evergreen Forest is a types of forest in which there is no complete seasonal loss of leaves and they remain evergreen. They are usually found in areas receiving more than 234 cm of rainfall and having a monthly mean temperature of 18 °C or higher in the coldest months. It is further divided into four sub-groups:

(a) Tropical Evergreen Rainforest: This type of forest is found in the equatorial and tropical coastal region. Around 12% of the earth surface is covered with this type of forest. It is the most biologically diversified forests on the earth. The trees like Mahogany, Rosewood, and Mangroves (in the deltaic regions) are found in this forest. Elephant, Hippopotamus, wild Pigeon, Loin, Crocodile and different species of monkey and snakes are found in this forest. The Amazon Basin, Congo Basin, Guinea coast of Africa, Java and Sumatra are the major regions of this forest.

(b) Mid-Latitude Evergreen Forest: This type of forest is found at the rainforest on the eastern coasts of the continents in the temperate regions. The major regions of this forest are southern China, Japan, south-east USA and southern Brazil.

(c) Mediterranean Forests: This type of forest is found on the western margin of the continents in the temperate regions where rainfall occurs in the winter seasons. The trees like Cork, Oak, Olive, Chestnut, Pine etc. are found in this forest. This type of forest is famous for citrus fruits such as Grapes, Lemon, Orang, Pine, Pear and Pomegranate. Chaparral, lavender and other aroma herbal (Maqis) are famous herbs found in this forest.

(d) Coniferous Forest: This type of forest is found around the North Pole, in the mountainous region of Europe, Asia and North America. The trees like Fur, Hamlock, Spruce, Deodar and Pine are found in this forest.

The trees of this forest lose their leaves each year and found in the areas with warm moist summers and cool winters. It is further divided into two sub-groups which are discussed below:

(a) Mid-Latitude Deciduous Forest: This type of forest is found in the colder coastal parts of the continents. The north-eastern USA, southern Chile etc. are the major region of this forest.  The trees like Oak, Birch, Wallnut, Maple, Ash, Chestnut etc. found in this forest.

(b) Tropical Deciduous or Monsoon Forests: This forest covers the monsoon region of Asia, Brazil, Central America and Northern Australia. Sal, Teak and Bamboo are the major trees found in this forest.

This type of biome found in the wet-dry tropical climate. This is a parkland region dominated by grassland and scattered trees. The major region of this biome is Africa, India, Brazil, and Eastern Australia.  This biome is famous with the name of ‘Big Hunter Land’ and world famous Zoo.

Local names of shifting cultivation around the world

This type of biome consists of large, rolling terrains of grasses, flowers and herbs. It is further divided into two sub-groups which are discussed below:

This type of grassland is called Veld in South Africa, Campos in Brazil, and Steppe in North America, Europe & Russia.

This type of grassland is found in the wet-temperate climate. This is called Prairies in North America, Pampas in South America, Downs in Australia, Canterbury in New Zealand and Pustaz in Hungary.

This type of biome is normally destitute of vegetation. Only short shrubs, cacti, acacia and date trees are found in this biome.

This type of biome is found in the region beyond the 60 Degree Latitude. The vegetation of this biome is very sparse. Reindeer is the most important animal of this biome.

The biomes which are discussed above stated interesting information that the various region of the earth can be distinguished by their climate, fauna and flora. The most common constituents of the classification of the biomes of the world are climate, habitat, animal and plant adaptation, biodiversity and human activity.