In order to prepare for the Quantitative aptitude section of MBA entrance, you must learn the basic concepts of Number system chapter at jagranjosh.com. These concepts would aid you in your preparation for CAT, CMAT, MAT, XAT, IIFT, SNAP etc.

1. Natural Numbers: All the positive numbers 1, 2, 3 ,.., etc. that are used in counting are called Natural numbers. Types of Natural Numbers based on divisibility:

2. Whole Numbers: All counting numbers and 0, form the set of whole numbers.

A number which can be expressed in the form p/q, where p and q are integers and q≠0, is called a rational number.

For example 2 can be written as 2/1, therefore 2 is also a rational number.

Numbers which are not rational but can be represented by points on the number line called irrational numbers.

6. Even and Odd Numbers

The following rules related to Even and Odd numbers are important: 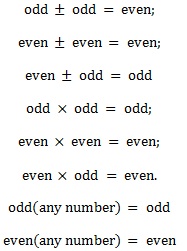 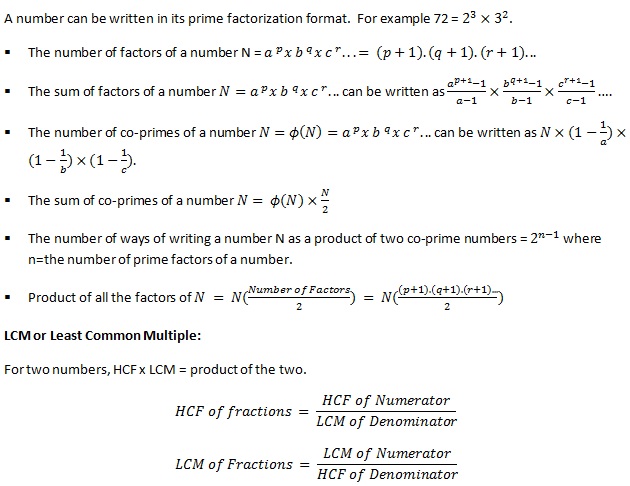 Factorization Method for LCM and HCF

TESTS OF DIVISIBILITY OF NUMBERS 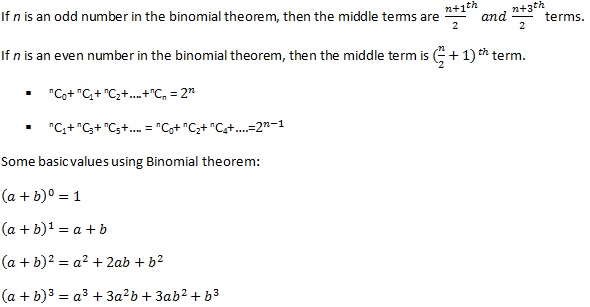 We hope that these concepts along with their associated practice test would help you in your preparation of Number System chapter.