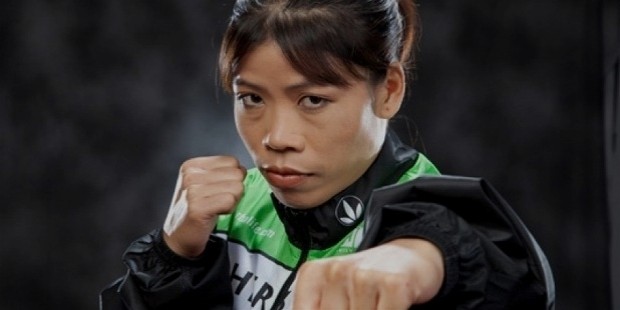 Mary Kom defeated North Korea’s Hyang Mi Kim by 5-0 in the 48 kg category of the Asian Women's Boxing Championship. She made her entry into the finals of the tournament on 7 November 2017 after knocking out Japan's Tsubasa Komura.

About Mary Kom
• Born on 24 November 1982, Chungneijang Mery Kom Hmangte is an Olympic Indian boxer.
• She is a five-time World Amateur Boxing champion, and the only woman boxer to have won a medal in each one of the six world championships.
• She is the only Indian woman boxer to have qualified for the 2012 Summer Olympics, competing in the flyweight (51 kg) category and winning the bronze medal.
• In 2014, she became the first Indian woman boxer to get a Gold Medal in the Asian Games in Incheon, South Korea.
• She has also been ranked as No. 4 AIBA World Women's Ranking Flyweight category.
• She has been awarded with the country's highest sporting award the Rajiv Gandhi Khel Ratna in 2009 followed by the third highest civilian award the Padma Bhushan in 2013, apart from winning the Arjuna Award in Boxing and Padma Shree (Sports).