Boeing 737-800 jetliner aircraft stopped sending data soon after taking off from the airport. 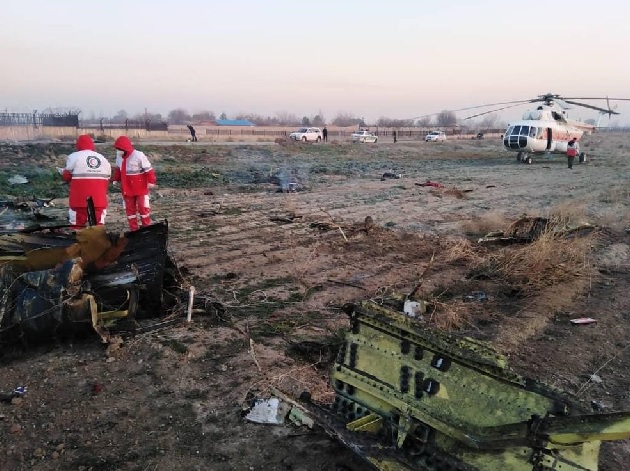 A Boeing 737 belonging to Ukraine crashed near Tehran, the capital of Iran. This aircraft was carrying 170 passengers. The Boeing 737 aircraft crashed due to technical issues soon after taking off from Tehran’s Imam Khomeini Airport.

All aboard passengers (170) including crew members were killed in the crash. Iranian news agency ISNA has released this information. However, the airline has not made any statement yet. It was Ukraine’s 737-800 jetliner aircraft that stopped sending data soon after taking off from the airport.

It was reported that the flight number PS752 was at an altitude of 7900 feet when the accident took place. Earlier, Iran had attacked US military base in Iraq.

Indonesian Boeing737 MAX-8 aircraft was crashed on October 29, 2018. All on-board passengers including crew members and the pilot were killed in the plane crash. Captain Bhavya Suneja was the captain of the aircraft. Captain Suneja and co-pilot Harvino were flying the plane. However, there were 6 members of the crew of which 3 were trainees. According to reports, 31-year-old Suneja had 6000 hours of flying experience, while the co-pilot had more than 5000 hours of flying experience. Captain Suneja was  a resident of Jakarta but was originally from Delhi.