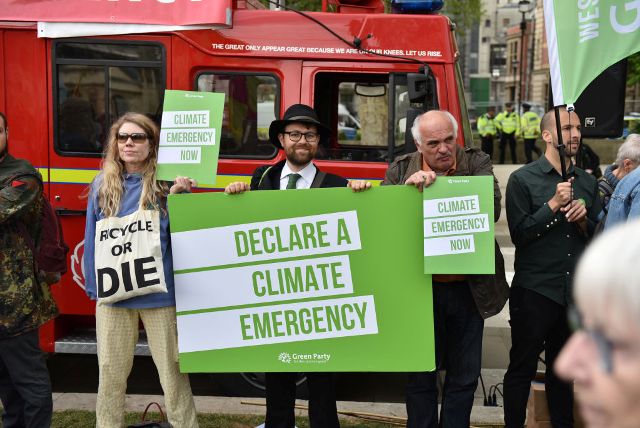 UK Parliament recently passed a motion of an Environment and Climate Emergency. The UK has become first country to declare such an emergency in the world. The declaration of an emergency was one of the key demands put to the government by environmental activist group Extinction Rebellion, in a series of protests over recent weeks.

Before this, Welsh and Scottish governments had both declared a climate emergency. However, government has not cleared what "climate emergency" means, but several cities, including Bristol and London, have already declared their own emergencies.

What was Extinction Rebellion protest?

United Nation’s Paris Agreement was signed by 197 countries in 2016. This agreement has the ambitious global aim of preventing global temperatures from reaching 2˚C above pre-industrial levels by 2100, and ideally should be no more than 1.5˚C. But planet is experiencing further warming, there is increasing international focus on meeting UN Paris Agreement. A report by the Intergovernmental Panel on Climate Change has suggested that meeting this target means annual global carbon emissions must effectively halve between now and 2030, and then fall to zero by 2050.

Egyptian archaeologists have recently discovered two ancient tombs at the Pyramids of Giza dating back 4,500 years ago.  It was revealed by government officials that the tombs were belonging to two high ranking men who were part of King Khafre's priests. One of the men in one of the tomb was named Behnui-Ka, who had seven titles including the Priest and the Judge to the Pharoah.

It was found near Egypt’s famous pyramids on the Giza plateau near Cairo. As per the Egypt archaeologists it may be dated back to fifth dynasty period - between 2563 - 2423 BC. 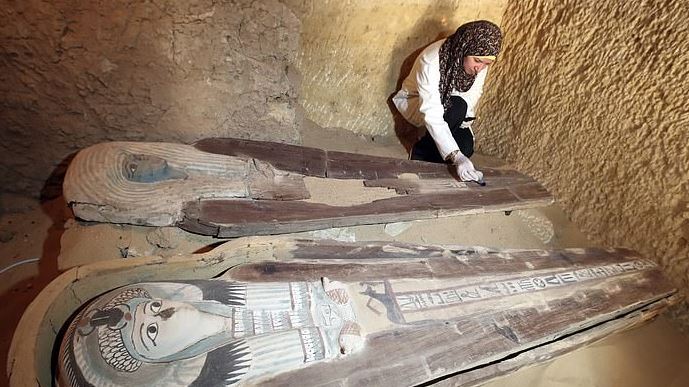 About Valley of the Kings

The Valley of the Kings is a valley in Egypt where rock cut tombs were excavated for the pharaohs and powerful nobles of the New Kingdom (the Eighteenth to the Twentieth Dynasties of Ancient Egypt). The valley stands on the west bank of the Nile, opposite Thebes (modern Luxor), within the heart of the Theban Necropolis. The area consists of two valleys, East Valley (where the majority of the royal tombs are situated) and West Valley.