Donald Trump Impeached: Motion passes in House, Know what will happen next

Donald Trump, the 45th President of America, has become the third such President in the history of the country to be impeached. 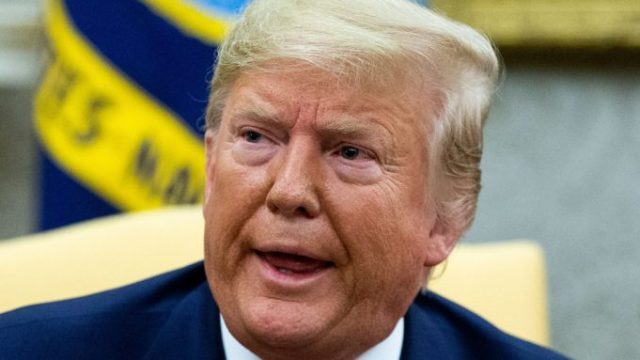 Donald Trump Impeached: The House of Representatives has voted to impeach US President Donald Trump for abuse of power and obstruction in Congress. The motion was passed by 229 votes against 197 on charges of misuse of power.

Earlier, Trump had targeted Speaker of the House of Representatives Nancy Pelosi and accused Democrats of abusing the powers in an unprecedented and unconstitutional manner, describing himself as 'victim of illegal, partisan efforts to change power'.

In this way, Donald Trump, the 45th President of America, has become the third such President in the history of the country to be impeached. Trump is alleged to have illegally sought help from Ukraine to tarnish the image of his domestic rivals, including potential rival Joe Biden during the presidential election.

Experts believe that Trump's power will be safe for the moment because even after the impeachment process is completed in the lower house; it will be difficult to pass from the Senate because of the Republican majority. Trump can be removed only if at least 20 Republican MPs become rebellion against him. However, Trump believes that the proposal for impeachment will unite the Republicans.

Impeachments in US history

• In 1868, the impeachment motion passed in the House of Representatives on charges of crime and misconduct against US President Andrew Johnson.
• In 1998, impeachment was also brought against Bill Clinton. He was accused of sexual harassment of Monica Lewinsky, an intern at the White House.
• In 1974, impeachment action was to take place against former President Richard Nixon in the Watergate scandal but he resigned before the proceedings.

US President's Impeachment Process
According to the US Constitution, impeachment motion can be initiated against the President after a majority in the House of Representatives. The impeachment motion is brought when US President is suspected of involvement in treason, bribery or high-grade offenses. The Judicial Committee of the House investigates these allegations and then charges are framed after consent of the committee.

After that, voting takes place on behalf of the House on these charges. If votes are taken in favor of impeachment, then the articles are handed over to the Senate. The Senate acts as a court and the Chief Justice of America presides over this court. The accused can present his defense during the trial. The Senate votes on every article of impeachment after hearing both parties. If two-third members of Senate votes in the favor of impeachment then the President can be removed from his office.