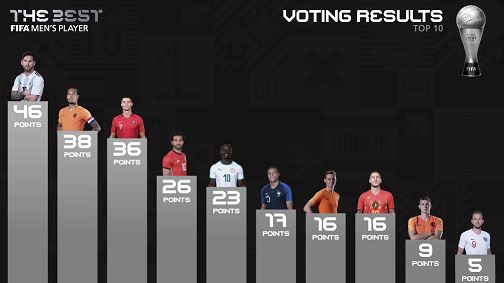 • Lionel Messi has won this award for the record sixth time and in this case, he has defeated his biggest rival Cristiano Ronaldo.

• In 2018, Luka Modric was awarded this title that broke 10 years’ predominance of Ronaldo and Messi.

These awards are presented annually by FIFA. The first ceremony of Best FIFA Football Awards was held in 2016 for awarding the game's outstanding performers. Its inaugural ceremony was held at Zurich, Switzerland. These awards included a FIFA Fan Award that recognizes an outstanding fan moment.