The UNSC will be holding a closed video-conference to discuss the COVID-19 pandemic that has infected over 1.5 million and taken the lives of more than 88,500 people globally.

The United Nations Security Council will discuss the "Impact of COVID-19 on the issues that fall under its mandate today, April 9, 2020.

The UNSC will be holding a closed video-conference to discuss the COVID-19 pandemic that has infected over 1.5 million and taken the lives of more than 88,500 people globally. This is the first time that the top organ of the United Nations will be holding a discussion on the coronavirus pandemic, which has spread to almost every corner of the world.

The Dominican Republic, which is the UNSC President for April, will be formally holding a closed video-teleconferencing (VTC) today, approximately 1-1.30 pm IST on April 10. The council will discuss the impact of coronavirus on all issues that fall under its mandate.

The UN Secretary General Antonio Guterres is expected to participate in the session.

The UN Secretary General Antonio Guterres  announced on April 5, 2020 that the UNSC will soon convene its first meeting on novel coronavirus outbreak. The UN Secretary General made the announcement while responding to the media questions during a briefing at the UN Headquarters. Antonio Guterres said that he has just received an invitation from the Presidency of the UNSC at the request of several Member States to brief the Council, which I will do, I believe, next week."

The UN Secretary General stated that his appeal for an immediate ceasefire across the world has received acceptance from almost 70 partners, including warring partners from 11 nations. He, however, warned that there several difficulties in implementing the same, as the conflicts have festered for years and the distrust is deep, with many spoilers and many suspicions.

Guterres revealed that in most of the critical areas, there has been no let-up in fighting and some conflicts have intensified such as in Syria, Libya and Afghanistan. Guterres appealed these nations to cease hostilities to allow an all-out effort to contain COVID-19 spread.

The UN Secretary General stated that the virus has shown how swiftly it can move across borders, devastate countries and upheave lives. He reiterated that the worst is yet to come and thus urged for the need to do everything possible to find the peace and unity that the world needs desperately to combat COVID-19 pandemic.

Jose Singer, Dominican Republic Ambassador and current President of UNSC announced during a press briefing on April 1, 2020 a meeting of the UNSC on the current world situation was being negotiated. 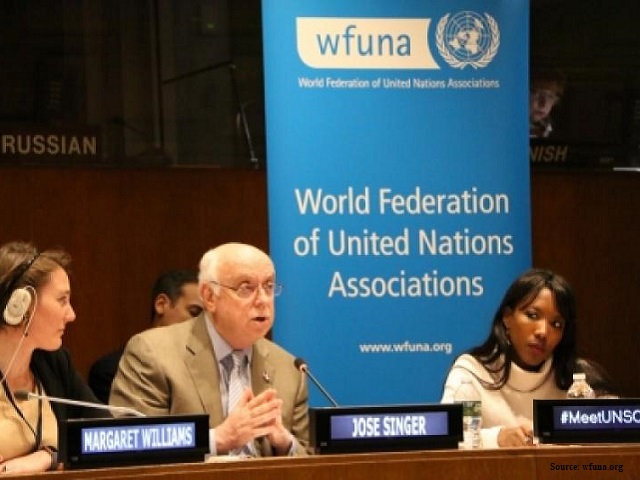 Speaking during the virtual press meet, the UNSC President Jose Singer said that the world body is working on convening a meeting before next week to discuss the COVID-19 crisis. Singer said that 5-6 ambassadors had requested for a meeting.

COVID-19 pandemic has engulfed almost the entire world, bringing all life to a standstill with stringent lockdowns across the globe except in case of essential services and healthcare. Ever since the global outbreak, the 15-member UNSC has not met even once to discuss a united response against the crisis.