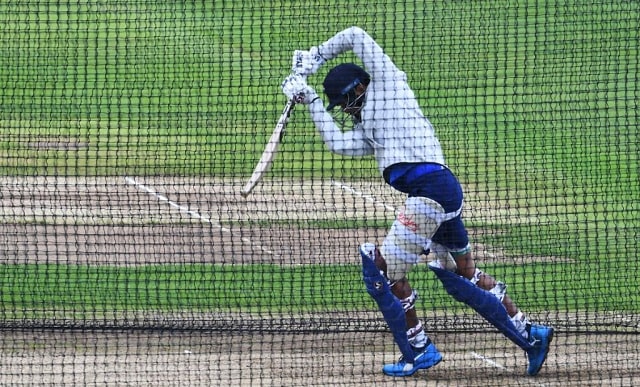 The India vs New Zealand World Cup 2019 match today, June 13, 2019 is in many ways one of the most awaited encounters, as both the teams currently, stand unbeaten in the world cup points table with two and three wins respectively.

Both India and New Zealand would look to extend their unbeaten record by triumphing over the other in the Match 18 of ICC World Cup 2019. However, weather reports predict high chances of rain at Trent Bridge, Nottingham, venue of the clash. The rain has already washed away three matches in this World Cup.

While India will go into the clash against New Zealand as the favourites, it is important to note that the only time India has lost during this world cup was in its first warm-up match, which was against New Zealand. New Zealand’s bowling attack had managed to get India all out for just 179 runs and their batsmen chased down the target with 77 balls remaining.  Clearly, India was outperformed by New Zealand during the warm-up match.

With weather adding up to the worries, Team India will need to ensure that it doesn’t repeat the same mistakes it made in the first game. Another major blow for India is the injury of Indian opener Shikhar Dhawan, who was in great form during India’s clash against Australia. Dhawan has almost been ruled out of the entire cricket world cup due to a fractured thumb.

New Zealand currently leads the ICC World Cup points table with 6 points from three wins. The Kane Williamson-led side first thrashed Sri Lanka with a 10-wicket victory, then they were surprisingly found to be struggling against Bangladesh, though they managed to win by 2 wickets. Finally, the side was able to establish a comfortable 7-wicket win over Afghanistan in Match 13 of the ICC World Cup 2019.

The team will come into the India clash with great confidence from its previous triumphs, including a resounding win over India in their first warm-up match.

Team India has risen like the Phoenix after its first warm-up loss against New Zealand. Though India had suffered a humiliating loss against the Kiwis, the team made a huge comeback with major victories over South Africa and Australia in their first and second match respectively. India had, in fact, ended Australia’s unbeaten streak in their title clash at the Oval. Currently, India with two wins in two matches is ranked fourth on the world cup points table.