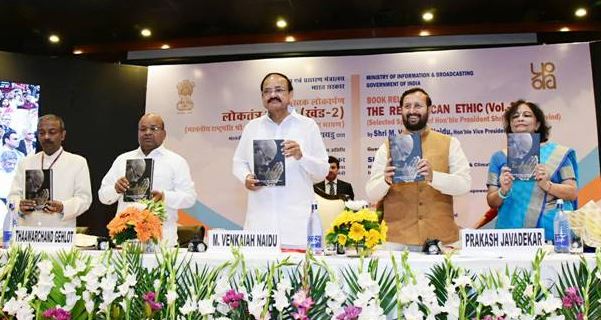 Ministry of Information and Broadcasting has published two books on selected speeches of President of India, Ram Nath Kovind. These books are – Loktantra Ke Swar and The Republican Ethnic. These two books are a compilation of 95 speeches delivered by President Kovind during his second year in office.

Press Information Bureau said in a release that these speeches showcase a wide panorama of our national life, ranging from welfare of our brave armed forces to the overriding spirit of Constitution, from quality education to the pursuit of excellence and from diplomatic focus to good governance. Since India is celebrating 150th Birth Anniversary of Mahatma Gandhi this year, a separate section has been given to the speeches related to Gandhi.