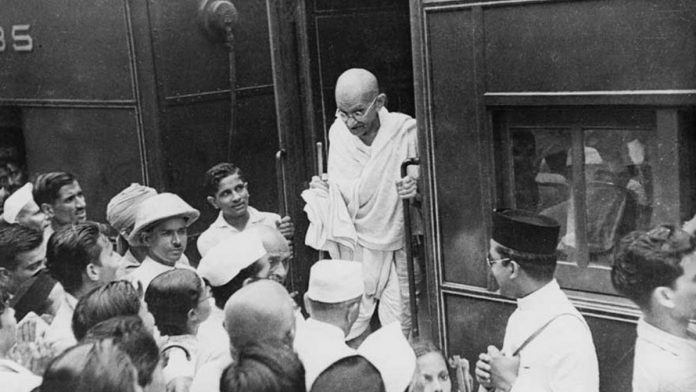 Mahatma Gandhi 150th birth anniversary: Mahatma Gandhi’s 150th birth anniversary is being commemorated today, October 2, 2019 through different events across India. Prime Minister Narendra Modi is expected to visit Sabarmati Ashram and declare India to be open-defecation free (ODF).The use of single-use plastic items will also be banned across the country from today.

Gandhi Jayanti is commemorated across the world as International Day of Nonviolence to commemorate his ideals of non-violence, peace and solidarity.

Who was Mahatma Gandhi?

Mohandas Karamchand Gandhi, a lawyer and activist, had played a huge role in freeing India from the rule of British Raj. His non-violent resistance against the British, ultimately led them to leave the India.

Gandhi’s non-violent movements became a symbol of civil rights across the world. Gandhi had first practiced non-violent resistance in South Africa, where he had gone to practice law and stayed thereafter for 21 years. He launched protests there against the racial discrimination he faced and fought for civil rights of ethnic minorities there.

When did Mahatma Gandhi return to India?

Mahatma Gandhi returned to India in 1915, when he was 45 years old. The moment he stepped foot in India, he began organising protests in favour of indigo farmers and workers who paid excessive land tax and faced discrimination in Champaran and Kheda satyagrah.

Mahatma Gandhi took on the leadership of INC in 1921 and he led nationwide non-violent campaigns to speak against untouchability, ending poverty, against discrimination of women and any ethnicity and most importantly to help India gain the right of self-rule or Swaraj. Gandhi played a pivotal role in pushing the INC and the people of India to withdraw their support to the British rule. He demanded complete independence or Poorna Swaraj in 1942.

Mahatma Gandhi believed that the only correct way of protesting was non-violence, so he launched several non-violent movements across India to protest against the British rule such as the non-cooperation movement in 1920 and the civil disobediance movement in 1930. Gandhi believed that if Indians withdrew support from the British, stopped working for them, stopped buying their products and used their own, then it would eventually lead the British to leave India.

Gandhi called his movement as satyagrah, which means insistence on the truth. According to popular historians, it was the satyagraha that deeply resonated with beliefs of the people of India and transformed him into Mahatma or Father of the nation. Gandhi was not the discoverer of the non-violence principle but he was the first to apply it on such a large scale in the political field.

Overall, Mahatma Gandhi's views, thoughts and beliefs have had a deep-rooted impact in the India society and till today, his principles continue to run in different spheres and different forms across India and the world. The largest example of this was the Anna Hazare movement against corruption in 2011.