The Migration Commission will primarily work to ensure job and social security of the migrant workers through skill mapping of the migrants. 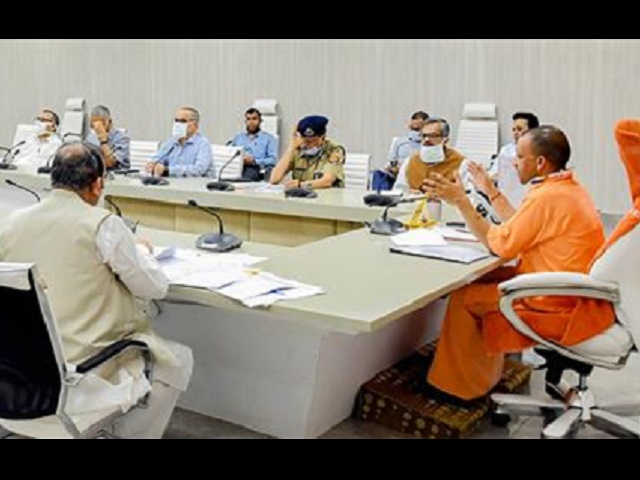 The Uttar Pradesh Government announced on May 24, 2020 that it will be setting up a Migration Commission for the welfare of migrants.

The Migration Commission will primarily work to ensure job and social security of the migrant workers through the skill mapping of the migrants.

The UP Chief Minister Yogi Adityanath directed the officials of the state during a review meeting to prepare the roadmap for setting up the Migration Commission and taking forward the agenda of providing jobs to the incoming migrants.

The decision comes as millions of stranded migrant labourers are returning to their native villages in UP following the imposition of nationwide lockdown to contain the coronavirus. Till now, at least 2.3 million migrant workers have returned to Uttar Pradesh from industrialised states including Delhi, Maharashtra, Gujarat, Punjab, Karnataka, Tamil Nadu and Uttarakhand.

• The UP CM Yogi Adityanath has decided to ensure that every migrant worker coming to Uttar Pradesh gets employment.

• The UP government has already initiated the process of skill mapping of migrant labourers so that they can be provided employment and integrated into the state’s economy.

• The Migrant Commission will map details of migrants, their skills, provide training, ensure social security, employment and loan facilities among other things.

• Based on the data found during skill mapping, the migrant workers will be accommodated in different sectors. The state aims to harness the workmanship and skills of migrants and put them to best use.

• The state revenue department is also developing an online job portal, where the details of the migrants would be uploaded to enable easy recruitment.

• Most of the migrants are skilled workers and possess skills in different fields, including metal, concrete, paramedics and the portal will help them get suitable employment.

The Uttar Pradesh Government has made its first priority to bring back every migrant worker of the state safely. The government is using the Disaster Relief Fund to pay for their rail tickets.

With the efforts of the state, at least 23 lakh migrant workers have returned home. It is reported that the migrant labourers are helping in the harvesting of at least 77 percent of the rabi crop in the state.

The migrants upon their return are being kept in institutional quarantine to check if they have any symptoms of the virus. Many migrants have reportedly shown symptoms. The state is also stepping up its testing to curb the spread of the virus.

Uttar Pradesh is also preparing the proposals to benefit from the Rs 20 trillion package announced by the Centre recently to revive its domestic economy post lockdown.