HRD Minister, Ramesh Pokhriyal 'Nishank' said that his death is a huge loss to the world of Hindi literature. 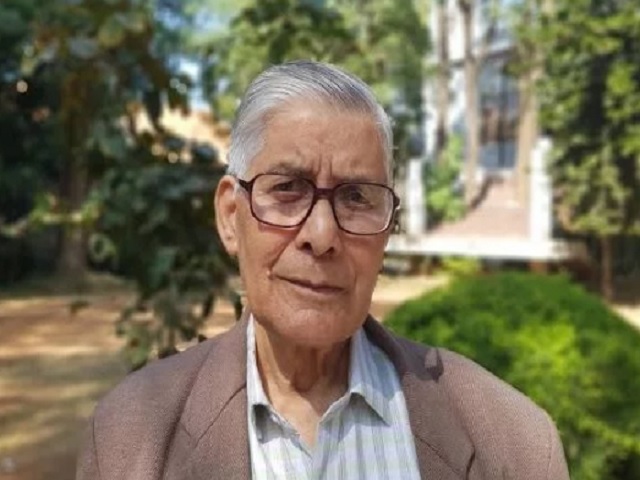 Famous Hindi author Ganga Prasad Vimal was recently killed in a road accident in Sri Lanka. He was 80. Vimal was traveling along with his daughter and granddaughter who were also killed in the same road accident.

Ganga Prasad was an author, translator, and professor at Jawahar Lal Nehru University. According to the media reports, Ganga Prasad Vimal was going with his family in a van from South Galle Town towards Colombo.

Ramesh Pokhriyal 'Nishank', HRD Minister, paid his condolences on his demise. He said that Ganga Prasad Vimal's demise is a huge loss to the world of Hindi literature and a personal loss for him.

• He was born in Uttarkashi, Uttarakhand in 1939.
• He was known as the father of Akahani Movement in the Hindi literary world.
• Vimal was also the director of the Central Hindi Directorate. He was also a teacher at Osmania University and JNU and was also associated with Zakir Hussain College of Delhi University.
• Ganga Prasad Vimal, a Ph.D. holder from Punjab University in 1965, was also a prestigious poet, storyteller, novelist, and translator.
• He wrote more than 12 short story collections, novels and poetry collections.
• His first poetry collection ‘Vizzap’ was published in 1967. However, his first novel, titled, 'Apne Se Alag', was published in 1972.