A new study has identified 27 distinct types of emotions, challenging the long-held assumption that our feelings fall within the universal categories of happiness, sadness, anger, surprise, fear and disgust. 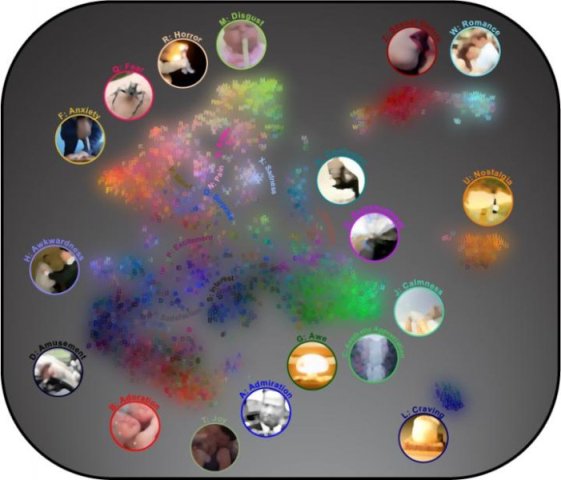 A new study from the University of California, Berkeley, has identified 27 distinct types of emotions, challenging the long-held assumption that our feelings fall within the universal categories of happiness, sadness, anger, surprise, fear and disgust.

The emotions were identified by the researchers after analysing the responses of more than 800 men and women to over 2000 emotionally evocative video clips. The analysis was done using novel statistical models.

From the newly identified categories of emotions, the researchers created a multidimensional, interactive map to show how they're connected. The findings were published in the early edition of the Proceedings of the National Academy of Sciences journal.

The study found that 27 distinct dimensions, not six, were necessary to account for the way hundreds of people reliably reported feeling in response to each video.

The study also found that there are smooth gradients of emotion between emotions such as awe and peacefulness, horror and sadness and amusement and adoration.

The research revealed that there are no finite clusters of emotions, as they are all interconnected.

• The study involved a demographically diverse group of men and women, who were shown 5-10 second silent videos randomly.

• The video clips, collected from various online sources for the study, intended to evoke a broad range of emotions.

• The themes of the clips ranged from births and babies, weddings and proposals, death and suffering, spiders and snakes, physical pratfalls and risky stunts, sexual acts, natural disasters, wondrous nature and awkward handshakes.

• The study participants were divided into three separate groups and after viewing each clip, they had to complete a reporting task.

• The first group freely reported their emotional responses to each of the 30 video clips.

• The second group ranked each video according to how strongly it made them feel different emotions.

• The third group reported their emotional responses on a scale of 1 to 9 to each of the dozen videos based on dichotomies such as positive versus negative, excitement versus calmness and dominance versus submissiveness.

Overall, the results showed that the study participants generally shared the same or similar emotional responses to each of the videos, providing a wealth of data that allowed researchers to identify 27 distinct categories of emotion.

Researchers hope that their findings will help other scientists and engineers more precisely capture the emotional states that underlie moods, brain activity and expressive signals. This would, in turn, lead to improved psychiatric treatments and a better understanding of the brain.