A Bangladeshi e-passport will have an electronic chip embedded in them with biometric data of the passport holder. 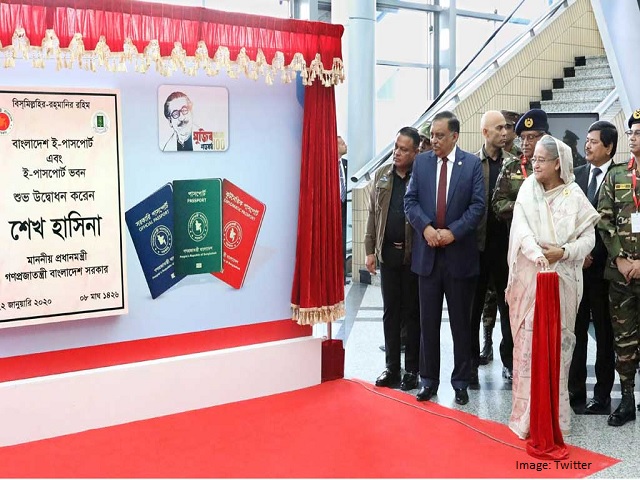 e-Passport in Bangladesh: Prime Minister of Bangladesh has launched an e-passport facility for its citizens on January 22, 2020. PM Sheikh Hasina launched this facility in Dhaka and said that e-passport is a gift to the country in Mujib centenary year.

Sheikh Hasina expected that such steps will brighten Bangladesh’s image in the digital and modern world. Sheikh Hasina said on this occasion that Bangladesh has 69 passports offices in 64 districts and 33 immigration check-posts along with 75 passports and visa wings at missions abroad.

The Bangladeshi e-passport will have an electronic chip embedded in them with biometric data of the passport holder. It will have digital photographs, signatures, date of birth and other related information in the passport.

Bangladesh has become the first country in the South-Asia region to provide an e-passport facility to its citizens. However, Bangladesh is the 119th country in the world with this facility. On the other hand, the International Civil Aviation Organisation (ICAO) said that 490 million e-Passports are already present in the world. It is believed that digital passports can control the fake passports in the country.

Today’s modern world is going digital in almost all sectors. An e-passport is security identify the traveler as well as give protection against identity theft. An e-passport can’t alter or one can’t change any information mentioned in e-passport. E-Passport has multiple layers of security features that make it safer than ordinary passports.