Total Solar Eclipse 2019 will be happened today. People are said to take necessary precautions when Sun and Moon change their planetary positions. 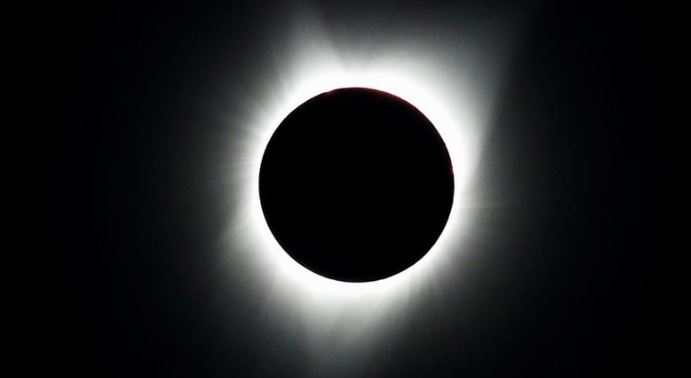 Total solar eclipse 2019 is happening on July 2, 2019. Major impact of total solar eclipse will be visible in Chile, Argentina and South Pacific Ocean. It is believed that solar eclipse has an impact on the human body – physically and psychologically. There are several beliefs and practices related to a solar eclipse.

It’s never safe to look at the sun’s rays directly, even if the sun is partially obscured. One must wear eclipse glasses at all times or use an indirect viewing method when watching a total solar eclipse. Looking at the solar eclipse without proper eye safety can cause permanent damage to your ratina or blindness.

As per the reports, this time the eclipse will last for four minutes and thirty-three seconds, which is more than the one happened in August 2017. That time the eclipse lasted for two minute and forty seconds. In India it will be happen at night 10.25pm so that people here will not be able to watch this. Next total solar eclipse will be visible in December 2020.

Total Solar Eclipse 2019: When to watch?

At 4.39 PM local time South Pacific and Southern Chile and Argentina will be plunged into rare afternoon darkness. It will be the first total solar eclipse since August 21, 2017, and the only only celestial event of its kind in 2019. Since the path of totality is limited to a narrow strip of land in South America and occurs late in the afternoon.

Never look directly at the Sun without proper eye protection. You can seriously hurt your eyes and even go blind. Projecting the Sun through a box projector, or projecting using binoculars or telescope, or simply two pieces of card is a safe and easy way to view a solar eclipse.

When India will witness Solar Eclipse?