GK Questions and Answers on Prisons in India

Various Prisons in India is a subject of State under the Seventh Schedule of the Constitution of India. Therefore we can say that it is the duty of the State Government to administer the administration of prisons in India and can change laws, rules etc. Central Government provide assistance to the State. This Quiz deals with prisons of India which will enhance your knowledge. 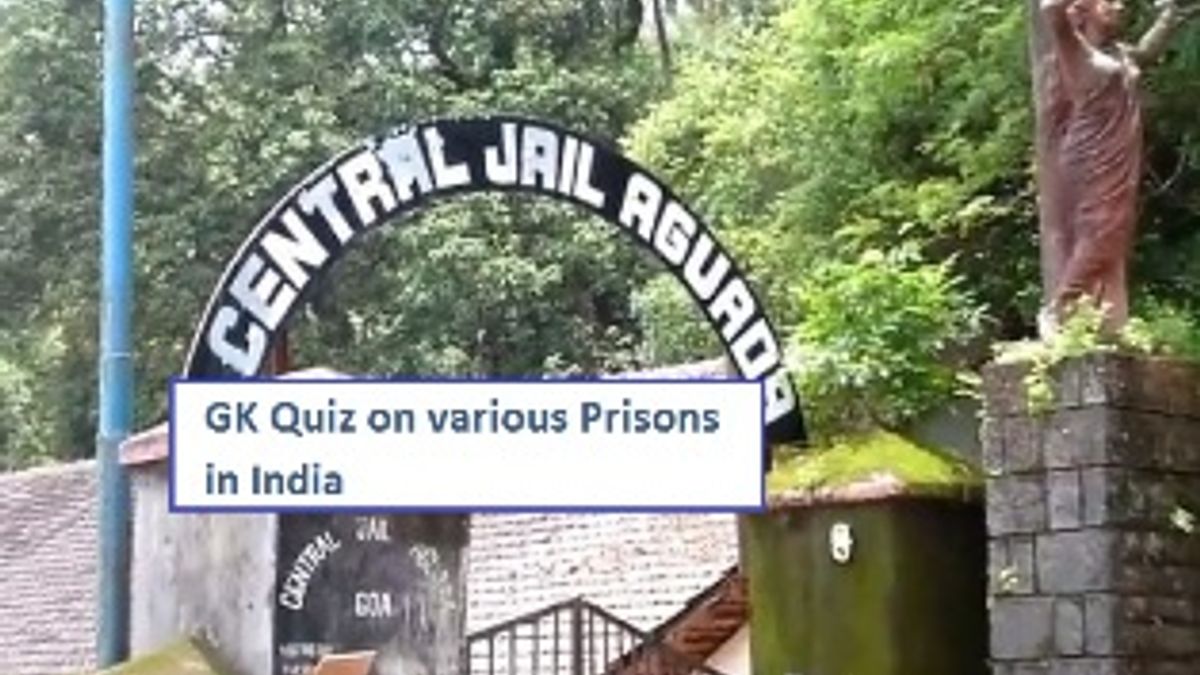 Prisons in India are a state subject covered under the State List in the Seventh Schedule of the Constitution of India. It is governed by the Prisons Act, 1900 and exclusively it falls under the domain of State Governments. Therefore, it is the duty of the State to take care of prison administration and can change the laws, rules and regulations. The Central Government provides assistance to the state to improve security in the prisons, medical assistance etc. Total there are 8 categories of Prisons in India but common among them are three namely Central Jails, District Jails and Sub Jails.

1. Which of the following are correct statements about Tihar Jail in India?
A. It is the largest complex of prisons in South Asia.
B.  It is situated at Delhi. It is operating from 1957 and has a capacity of 5200 inmates.
C.  It contains nine central prisons, one of the two prison complexes in Delhi, along with a district prison at Rohini Prison Complex.
D.  All the above
Ans. D
2. Name the jail in which Mahatma Gandhi was kept during Independence movement in 1930s and 1940s?
A. Silchar Central Jail
B. Yerwada Central Jail
C. Bilaspur Jail
D. Thane Prison
Ans. B

Which British Laws are still used in India
6. Rajahmundry Central Prison earlier was a fort constructed by:
A. Dutch
B. Portuguese
C. British
D. French
Ans. A
7. Naini Central Prison located at Allahabad in UP has a capacity of how many prisoners?
A. 2000
B. 2500
C. 3000
D. 3500
Ans. C