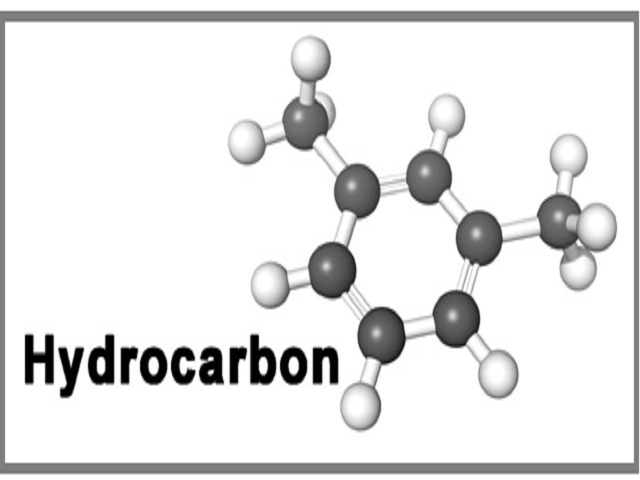 Hydrocarbons are the Organic compounds obtained by the simple combination of hydrogen and carbon-like petrol, diesel, and kerosene oil, etc. It is usually divided into two categories: Aliphatic hydrocarbon; Aromatic hydrocarbon.

a) Alkenes or Olefin: Those compounds of unsaturated aliphatic hydrocarbon in which carbon atoms have double covalent bond called Ethylene hydrocarbons or olefin or alkenes. General formula for the members of this series is CnH2n. The organic compound Ethylene (C2H4) is the example of alkenes.

b) Acetylene hydrocarbon or alkynes: Those compounds of unsaturated aliphatic hydrocarbon in which carbon atoms have triple covalent bond are called acetylene or alkynes. General formula for the members of this series is CIIH2n_2. The organic compound acetylene (C2H2) or ethane is the simplest example of this hydrocarbon.

There are various organic compounds of carbon, hydrogen and oxygen obtained by the definite composition and combination of various functional groups  like alcohols, ether, esters aldehydes, ketones, carboxylic acids etc whose  in details are given as below:

Aldehydes: Organic compounds in which - CHO functional group is present are called aldehydes, whose general formula of their members are CnH2n+1 CHO. The compounds like formaldehyde, acetaldehyde, propional dehyde etc are the examples of aldehydes.

Ketones: Organic compounds in which> C = 0 functional group is present are called ketones. General formula of the members of this family is (CnH2n+1)2 CO. The compounds like acetone or dimethyl ketone, methyl ethyl ketone, diethyl ketone etc are the examples of ketone.

Carboxylic acids: Organic compounds in which -COOH functional group is present are called carboxylic acids and the general formula of their family's members is CnH2n+1COOH or CnH2n02. The compounds like formic acid, accetic acid, propionic acid, buteric acid etc are examples of carboxylic acids.

Ethers: Organic compounds in which -0- functional group is present are called ethers. General formula of family's members is (CnH2n+l) 20. The compounds like dimethyl ether, diethyl ether etc are examples of ethers. Diethyl ether is used in the form anaesthesia and it is also called ether only.