What is the difference between OPEC and OPEC Plus?

Know the difference between OPEC and OPEC Plus countries here. Organization of Petroleum Exporting Countries is a permanent inter governmental organization. Know all about the organizations here

Why in the News?

OPEC Plus has recently agreed to add to production as oil prices have started rising. The organization had agreed to stick to the existing pace of gradually easing oil supply curbs. OPEC Plus had decided to return 2.1 million barrels per day of supply to the market during May to July as it anticipated demand would rise in spite of high numbers of Corona-virus cases in the country.

Ever since this was decided, oil has extended its rally and now gained more the thirty percent this year. Know about OPEC and OPEC Plus and the difference between both the organizations here.

Organization of Petroleum Exporting Countries or OPEC is a permanent, intergovernmental organization that was created in the Conference of Baghdad in 1960. The creators included Iran, Iraq, Kuwait, Saudi Arabia and Venezuela.

These countries were later joined by

However, currently, the Organization has a total of 13 member countries only after Ecuador, Indonesia, Qatar and Gabon suspended it.

The headquarters of OPEC are in Vienna, Austria.

OPEC is a permanent intergovernmental organization of 13 oil-exporting developing nations that coordinates and unifies the petroleum policies of its Member Countries.

The purpose of this organization is to manage the supply of the oil around the globe and to make efforts to set the price of the oil in the global market. This was done in order to avoid fluctuations that may affect the economies of both producers and purchasers.

As per the OPEC statute, “any country with a substantial net export of crude petroleum, which has fundamentally similar interests to those of Member Countries, may become a Full Member of the Organization, if accepted by a majority of three-fourths of Full Members, including the concurring votes of all Founder Members.”

What is OPEC + or OPEC Plus?

This means in short that the countries that export crude oil apart from OPEC countries are called OPEC +. 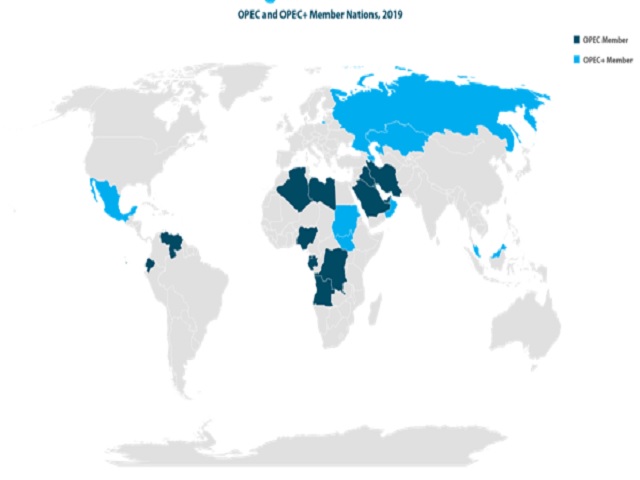 The OPEC and non-OPEC producers first formed the alliance at a historic meeting in Algiers in 2016.

Why is OPEC Plus considered to be more influential than OPEC?

OPEC’s 14 members control 35 percent of global oil supplies in addition to the 82 percent of proven reserves.

The addition of 10 Non-OPEC countries as OPEC+ including various important countries like Russia, Mexico and Kazakhstan, the share has increased to 55 percent and 90 percent of the holdings respectively. This provides OPEC+ a greater level of influence over the world economy than OPEC countries.

Relevance of OPEC Plus for India

However the OPEC Plus countries that India buys oil from are Mexico, Malaysia, Oman and Russia. It spends more than 10 billion dollars on these imports as well. Although the range of volume is much less, easier imports can never be declined so non OPEC countries or OPEC Plus countries are also important for India.

Also Read| What is Protection of Children from Sexual Offences (POCSO) Act?

Who is India's biggest oil importer?

Is Canada a part of OPEC?

No, Canada is not an exporter of oil so it does not qualify to be a part of OPEC

Which countries are a part of OPEC?

How many countries are in OPEC?