Who is David Miller?

David Miller, the South African cricketer lost her young daughter to a medical illness. Read the detail to know who is David Miller, his early life, career, achievements, and records.

David Miller, the South African cricketer is in the news after he shared a personal loss on Twitter. In a heartwrenching note, he wrote "RIP my little rockstar💗 Love you always!💗." 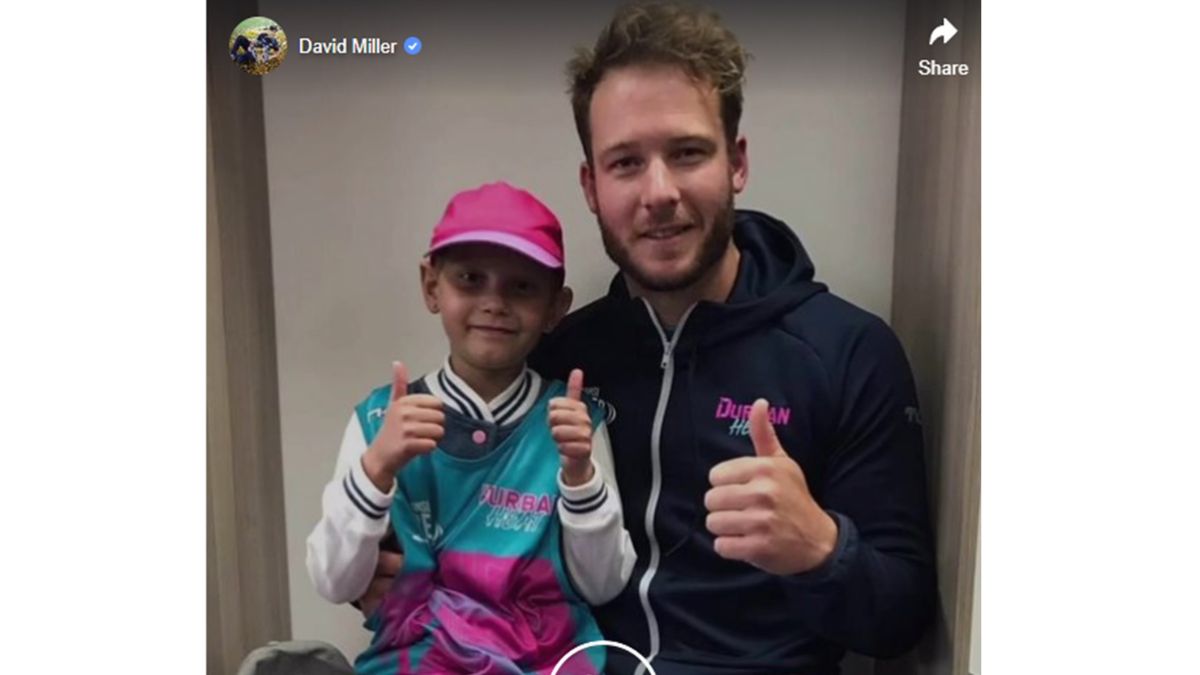 Do you know who is David Miller?

David Miller was born on 10 June 1989 in Pietermaritzburg. Popular as ‘Killer Miller’ his full name is David Andrew Miller. David had a keen interest in cricket since his childhood, his father was a club-level cricketer who encouraged him to pursue cricket as his profession. The left-handed middle-order batsman and an occasional wicket-keeper play for KwaZulu-Natal and the South African national team.

Also, the former captain of Kings XI Punjab plays domestic cricket for the Dolphins and also plays for both One Day International (ODI) and 20-20 International Cricket. In September 2018, Miller announced that he would no longer be available to play first-class cricket.

Miller made his first-class debut in the Dolphins' final game of the 2007–08 domestic Super Sport Series, scoring a half-century in the first innings in which he batted.

Miller made eight appearances in the one-day MTN Domestic Championship competition of the same season, though his final match was abandoned after just three overs. Miller scored an average of 13 runs throughout the competition, which saw the Dolphins finish in fifth place in the league.

Miller played two matches in the Pro20 Series Twenty20 competition for the Dolphins, who finished as defeated finalists in the competition.

In May 2018, Miller was named one of the ten marquee players for the first edition of the Global T20 Canada cricket tournament. On 3 June 2018, he was selected to play for the Winnipeg Hawks in the players' draft for the tournament's inaugural edition.

In October 2018, Miller was named to Durban Heat's squad for the first edition of the Mzansi Super League T20 tournament. Miller scored a half-century in the first innings of the Dolphins' penultimate match of the domestic Super Sport Series in 2007–2008, making his first-class debut.

In the same season's one-day MTN Domestic Championship competition, Miller made eight appearances, albeit his final game was called off after only three overs. Throughout the game, Miller scored an average of 13 runs, helping the Dolphins place fifth in the league.

Miller participated in two games for the Dolphins at the Pro20 Series Twenty20 competition, which they lost as the competition's finalists. Miller was selected as one of the 10 marquee players for the inaugural Global T20 Canada cricket competition in May 2018.

On June 3rd, 2018, he was chosen. He was added to the Durban Heat team's roster in September 2019 in preparation for the Mzansi Super League competition. He was included in the KwaZulu-Natal team in April 2021, in time for the South African cricket season of 2021–2022.

Following a series for South Africa A against Bangladesh A in which he finished as the second-highest run-scorer, Miller received his national call-up in May 2010. Miller made his Twenty20 debut for South Africa on May 20, 2010, at Antigua against the West Indies. The injured Jacques Kallis was replaced by Miller, who hit the sixth ball of his innings for six and went on to top score as South Africa prevailed by one run. Miller played in his first ODI match two days later, also against the West Indies. He put in another strong effort, scoring 23 unanswered and contributing to South Africa's victory. Miller was chosen to participate in Zimbabwe's tour of South Africa, where he made an impact in both ODI and T20 matches.

Miller was one of South Africa's top performers at the 2015 Cricket World Cup, averaging 65 and scoring 324 runs during the tournament while batting 139.

Miller won 18 balls to 49 balls in the semi-finals, but his efforts were in vain as New Zealand won the match.

David got married to Soprano Sarah Joy Miller, a member of the Three Graces, in 2009. They live in New York's financial district with their dog, Cosmo, a Maltese-Havanese mix. His daughter Ane passed away on Saturday after suffering from cancer.