IIM Lucknow has been entrusted the responsibility of conducting CAT 2017 Exam by IIM Bangalore. The premier institute will conduct the CAT exam after a gap of 7 years.

IIM-Lucknow has announced that it will be conducting CAT 2017 exam. Indian Institute of Management, Bangalore has now entrusted the responsibility to IIM-Lucknow to conduct CAT exam which is a gateway to MBA admissions in 19 IIMs and 150 other institutes. 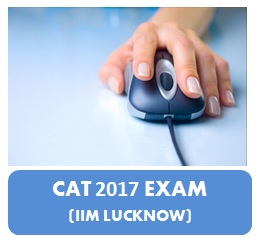 Professor Neeraj Dwivedi (IIM Lucknow) will be the convener of the CAT 2017 exam this year. IIM Lucknow (IIM-L) has been given the responsibility to conduct the exam after the gap of seven years. It conducted CAT exam in the year 2010 wherein Prof Himanshu Rai, faculty of Human Resource Management was the convener of the exam.

Every year CAT exam (computer-based) is conducted by one of the IIMs on a rotational basis. However, the exam is not conducted by all IIMs. Only the core Indian Institutes of Management conduct the examination. The exam is written by approximately 2.50 lakh students every year is the qualifier for admissions to 19 IIMs along with 150 other MBA institutes in the country. Last year the examination was conducted by IIM Bangalore on December 4.

CAT 2017 Syllabus: A Detailed Review of all the Sections

IIM- Lucknow (IIM-L) was established in 1984 as the fourth Indian Institute of Management (IIM) by the Government of India. IIM Lucknow offers post-graduate diploma, fellowship and executive programs in management. It is recognised as an "Institution of Excellence" by India's Ministry of Human Resource Development. It also serves as the mentor institution for the newly established IIM Rohtak and IIM Kashipur

For more UPDATES on CAT 2017 EXAM, subscribe with us and receive latest news and notifications about top MBA Entrance Exams.