The Venn Diagrams from the logical reasoning section would enhance your rational thinking skills. Take the practice test at jagranjosh.com to prepare for various entrances such as CAT, CMAT, MAT, XAT, IIFT, SNAP etc

Directions (1 - 2): The figure given below is the finding of a survey conducted in an organisation for measuring the behavior of its employees in terms of four characteristics - Adventurous, Humble, Active and Original. Circle A represents Adventurous, circle B represents Humble, circle C represents Active, and circle D represents Original. 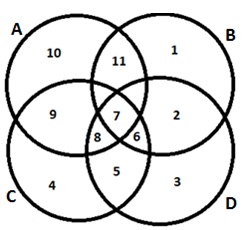 1. Which region represents the people who are Humble, Original and Active but not Adventurous?

2. Which region represents the people who are Adventurous, Original and Active but not Humble?

3. The number of women who read all the three magazines are:

4. The number of women who read exactly one magazine are:

5. How many learns none of the three dance forms?

6. How many learn all of the three dance forms?

In this section, we will provide you the solutions to the above questions along with their explanation.

Not Adventurous but Original and Humble = 2 + 6

Not Adventurous but Original, Humble and Active = 6

Not Humble but Original, Adventurous and Active = 8 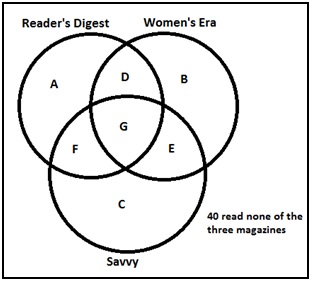 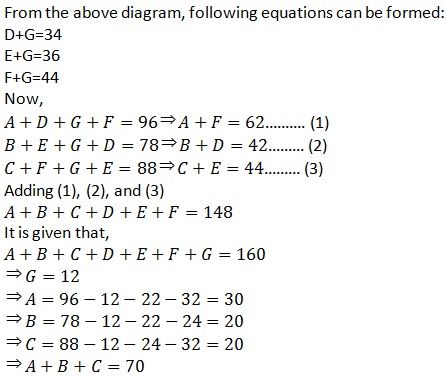 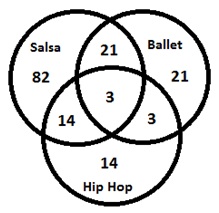 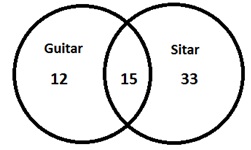 15 children can play both Guitar and Sitar 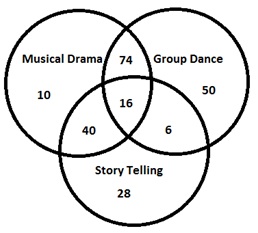 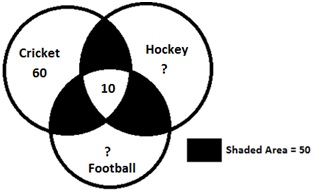 Number of players who plays all the three games

Number of players who plays Hockey alone or Football alone 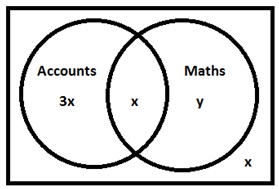