Lets get face to face with UPSC IAS Toppers 2015 Rank 3 Jasmeet Singh Sandhu and get the details of his IAS Exam Preparation Strategy. 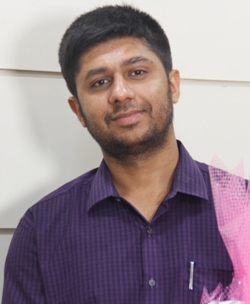 Jasmeet Singh Sandhu, All India IAS Topper Rank 3, shares his strategy for the IAS Exam Preparation in a very lucid and detail manner. Jasmeet Singh loves to help other candidates and has a very fond of guiding others to pursue their dream of becoming an IAS.  Jasmeet is very humble and is very down to earth person who have seen the world very closely and hence he is as calm as Sea.  He believes in simplicity and dedication towards the goal.

His journey for becoming an IAS started in 2012, when he gave his first attempt with Public Administration and Psychology as its optional subjects. But in 2012 as well as in 2013, he was not able to make in the final list.

He is an Engineer from IIT Roorkee, and is presently working as an IRS Probationer Officer. He has done his schooling in Delhi.

His father is a Government Officer and his mother is a homemaker.

He very much believes in the detailed study of all the topics. He did integrated studies for IAS Main Exam and IAS Prelims. Being an engineer, he was very comfortable with CSAT Paper of IAS Prelims Exam. For the IAS Main Exam, he took Public Administration and Psychology in his first two attempts.

But this time Punjabi Literature was his optional subject. Prior to this selection, he was selected in the Punjab State Services and Civil Services Exam 2014 where he got the Indian Revenue Services.

He suggests the broadest horizontal and vertical coverage of the topics and also suggests the importance of Internet in the IAS Exam preparation as a whole.

For the details Strategy for the IAS Prelims, IAS Main, IAS Essay and IAS Interview video will be uploaded soon.