On this day in history, India was partitioned and Pakistan was given independence from the British Raj, formally ending the rule of the British Indian Empire. 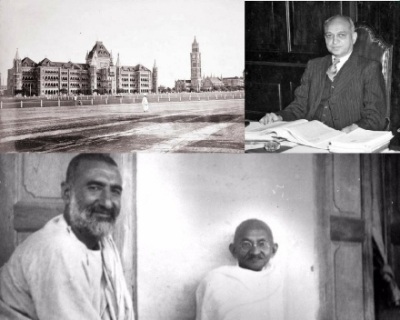 On 14 August 1947, Pakistan came into existence and was declared a sovereign nation, formally ending the rule of British Empire. The event was followed by the partition of India, which has come to be known as one of the most difficult periods in Indian history.

The other significant events that occurred on 14 August include the establishment of Bombay High Court, nationalisation of Maruti company and appointed of first Chief Justice of India.

14 August 1862: Bombay High Court, one of the oldest High Courts in India, was established. It has jurisdiction over the states of Maharashtra and Goa and the Union Territories of Dadra and Nagar Haveli and Daman and Diu territory. This court has regional branches at Nagpur, Panaji and Aurangabad.

14 August 1896: On this day, Mahatma Gandhi published "The Green Pamphlet" at Rajkot and then toured to Bombay, Madras, Pune and Calcutta educating Indians in regard to grievances of South African Indians.

14 August 1942: Usha Mehta, a freedom fighter, started broadcasting from a secret transmitter on the wave length of 42.84 meters. The channel came to be used for many freedom movement telecasts.

14 August 1947: India was partitioned and Pakistan was given independence from the British Raj, formally ending the rule of the British Indian Empire.

14 August 1987: Bharat Ratna, the highest civilian award of the Republic of India was conferred to Khan Abdul Gaffar Khan (1890-1988), Frontier Gandhi. He is the first non-Indian to receive the honour.

14 August 1997: A special session of the Parliament held to commemorate 50 years of Indian independence.