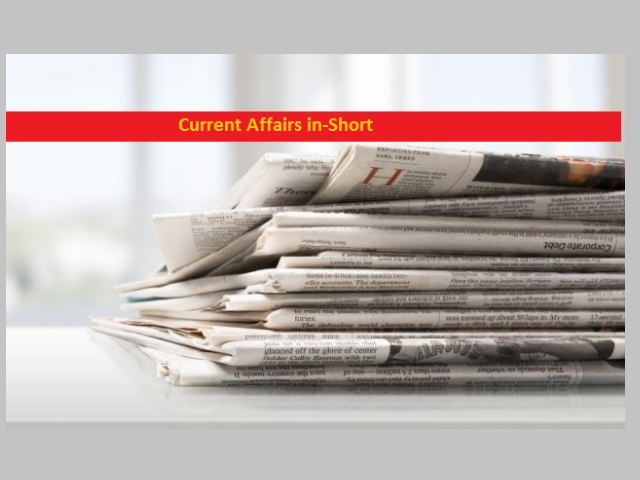 • The International Day of Girl Child 2019 was observed globally on October 11, 2019.
• This year’s theme was ‘Girl Force: Unscripted and unstoppable’.
• The day was observed to highlight the challenges faced by girls worldwide.
• The day aims to promote the empowerment of girls and realisation of their human rights.

• Union HRD Minister Ramesh Pokhriyal ‘Nishank’ recently inaugurated 5 Jawahar Navodaya Vidyalayas (JNVs) through video conferencing in New Delhi.
• On the same occasion, the Minister laid the foundations tone of 9 new JNVs.
• The construction of these new JNVs, where the foundation has been laid, will be completed in the next 2 years at an estimated cost of 417.06 crores.
• The Navodaya Vidyalayas provides quality education in the rural areas of India.

• Ministry of Housing & Urban Affairs recently launched the mobile app ‘mHariyali’ to promote plantation of trees.
• Through this app, people can upload photos of plantation done by them, which will be directly displayed @ epgc.gov.in.
• The nodal officers can monitor the plantation through this app.
• The mobile app offers automatic geotagging of plants.
• The App works on any android mobile phone.