NCLAT had reinstated Cyrus Mistry as the executive chairman of Tata Sons in December 2019, three years after he was ousted from the post. 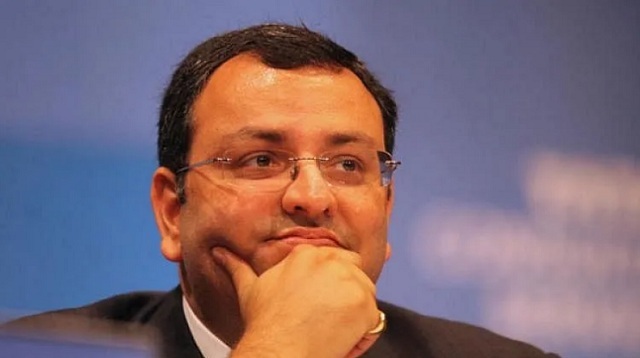 The Supreme Court ordered a stay on NCLAT's order reinstating Cyrus Mistry as the executive chairman of Tata Sons. The court also issued a notice to Mistry.

The court ordered a stay on the move while hearing a petition by the Tata Sons challenging the National Company Law Appellate Tribunal's (NCLAT) decision of reinstating Cyrus Mistry as the group's chairman.

NCLAT had reinstated Cyrus Mistry as the executive chairman of the Tata Sons on December 18, 2019. The move came three years after Mistry was ousted as Tata Son’s Chairman and Ratan Tata returned as the interim Chairman of the group.

The National Company Law Appellate Tribunal reinstated Cyrus Mistry as Tata Sons' Executive Chairman on December 18, 2019 and rejected the appointment of Natarajan Chandrasekaran as the new executive chairman of the group.

Cyrus Mistry was restored as the executive chairman of Tata Sons by a two-judge panel of the NCLAT. The tribunal pointed out that the actions of former Tata Chairman Ratan Tata against Cyrus Mistry were oppressive.

NCLT rejects Cyrus Mistry’s plea against his ouster as Chairman

The tribunal also threw light on how Mistry had openly gone against the Board. Mistry had quit from the board of other six Tata Group companies, after his abrupt ouster as the Tata Sons Chairman.

The Tata Sons board abruptly replaced Chairman Cyrus Mistry in October 2016 and recalled his predecessor Ratan Tata to return as chairman on an interim basis for four months.

The board did not give any reason for Mistry’s removal. As per reports, the main reason was differences over his management style and approach of selling assets after writing them down.

Cyrus Mistry was the sixth Chairman of Tata Sons in nearly 15 decades and the first to not belong to the Tata family. He had taken over the position from Ratan Tata in December 2012. Mistry had joined the group in 2006 and was appointed deputy chairman in November 2011.

Mistry had launched legal proceedings against the group after his removal. His previous plea challenging the move was rejected by the NCLT in July 2018.

The Tata Sons named N Chandrashekaran as the new Chairman of the group in January 2017.