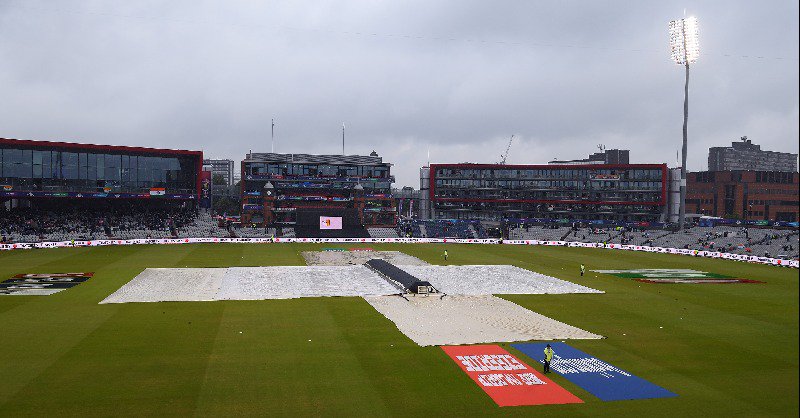 India vs New Zealand, the first semi-final of World Cup 2019 had to be moved to the reserve day after rain did not let play to continue. The umpires had come out for their last inspection at 10.40pm IST and after a long discussion, they decided that the play should not be continued.

This is the first-ever time in a Cricket World Cup that a semi-final match has been pushed to the reserve day. Previously, a number of matches were played on reserve days after rain disrupted original day’s play but none of them were semi-finals or any other knock-out stage match.

The India vs New Zealand semi-final will resume from where it was left off at 3 pm IST today if the weather allows. The Manchester weather prediction for 10th July does not look very promising. If the match is called off today as well then, India will progress into the World Cup final, as it has more points than New Zealand. However, If India is able to bat for a minimum of 20 overs then Duckworth Lewis method will come into play and the target will be revised accordingly.