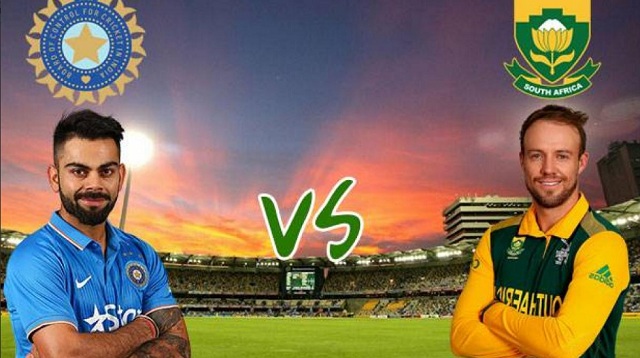 Team India is finally all set to begin its 2019 ICC Cricket World Cup campaign today against South Africa at the Rose Bowl stadium in Southampton. This will be India’s first match in the 2019 cricket world cup. India is the only team that is yet to play in the ICC cricket tournament, while some of the other nations have already played two matches.

For South Africa, this would be their third match after two consecutive losses, first in the tournament opener against England and second against Bangladesh.

Team India being the only team still awaiting its chance to play in the ICC world cup 2019, while some others have already played two matches, has got enough time to acclimatize to English weather and pitches.

Virat Kohli’s side will begin the tournament as one of the title favourites. Based on the Indian team’s current form, Team India have a better probability of winning their opening match, as compared to South Africa. However, India’s history of losing a majority of world cup matches against South Africa could work in favour of the Proteas.

The important thing, however, is that Team India defeated Faf du Plessis’ team in the 2015 World Cup by a large margin. This could mean a turnaround in fortunes for India and end of its losing streak against South Africa.

The Proteas are already two matches down in the ICC Cricket World 2019. Despite a good show in the tournament opener against hosts England, South Africa lost by 104 runs. The team faced another humiliating defeat against Bangladesh in Match of the ICC World Cup 2019, when they lost by 21 runs.

South Africa is currently facing a spell of poor form and injuries, especially with their main speedster Dale Steyn still recovering from injury and it is not confirmed whether he will be ready in time for India’s match. To make it worse, the Proteas fast bowler Lungi Ngidi is also out due to a hamstring strain.

Looking at Team India's current condition, India is likely to be the favourites to win India vs South Africa Match. However, considering South Africa has already lost two matches in the tournament, their third match against India would be crucial for them, as it would be a do or die situation for them to survive in the world cup group stage, as another loss will put their chances of progressing to the semi-finals in jeopardy. Also, the Proteas have players like Imran Tahir and Kagiso Rabada, who can turn the game’s direction in their favour with just one fiery spell.

India’s chances of winning the match: 60%

India vs South Africa: World Cup Match History, how many matches has India won against South Africa in the past?

Total Matches of Played between India and South Africa: 4