Yogi of the Racetrack is a short promotional film on Yoga, which has been shot across India including the Ganges and the Himalayas. 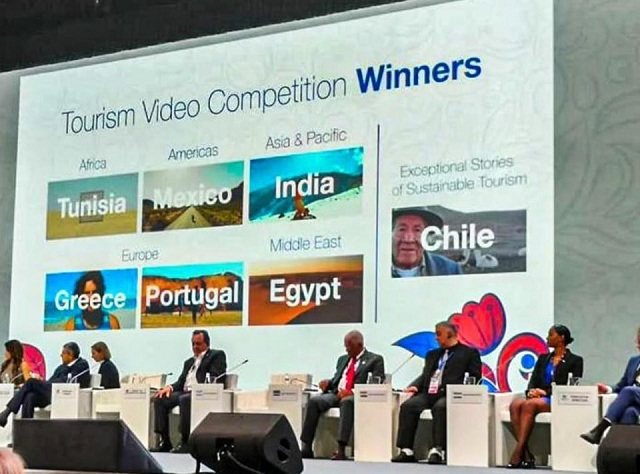 The competition’s results were announced during the 23rd General Assembly Session of the UNWTO in St. Petersburg, Russia on September 12, 2019.

Yogi of the Racetrack

The ‘Yogi of the Racetrack’ is a short film that scripts a journey through India and its vast diversity, including the Ganges, the Himalayas through the eyes of a yogi. The video highlights the significance of yoga along with displaying the vibrant colours of India. 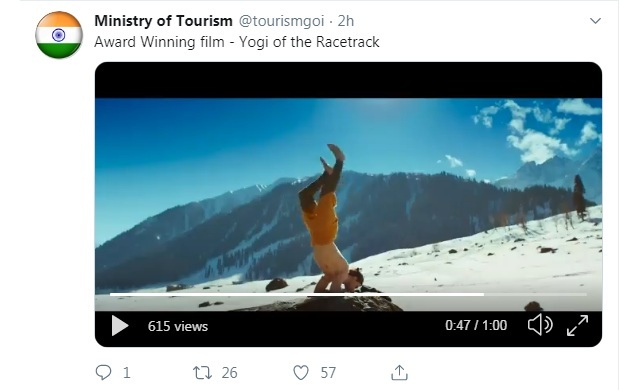 The film features a motorcyclist who claims that he has breathed in India’s magic and felt its warmth and breathed out the noise. “Yoga has taught me the truth about life and motorcycles, that the more still you are, the further you can go,” the yogi can be heard saying in the video, while he performs difficult yoga asanas across India, on a mountain top and near the banks of the Ganges river.

Yogi of the Racetrack not only highlights the positive effects of yoga but also depicts how to effectively use the techniques for motorcycle racing positions.

The other winners of the UNWTO Tourism Video Competition 2019 include Tunisia from the African region, Greece and Portugal from Europe, Egypt from the Middle East and Mexico from both North and South America combined.

Chile won the award for ‘Exceptional stories of sustainable tourism’ at the UNWTO Tourism Video Competition 2019. 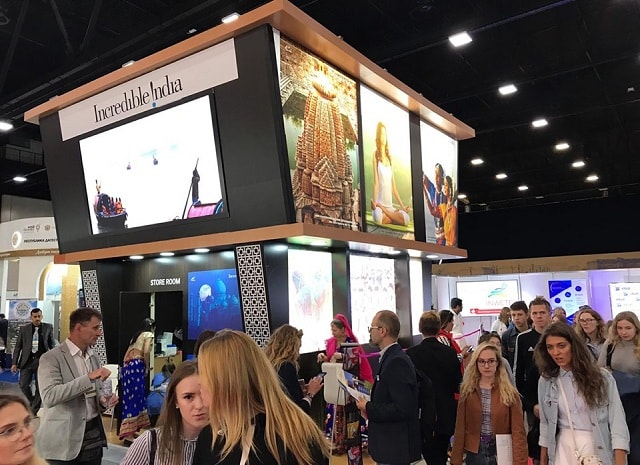