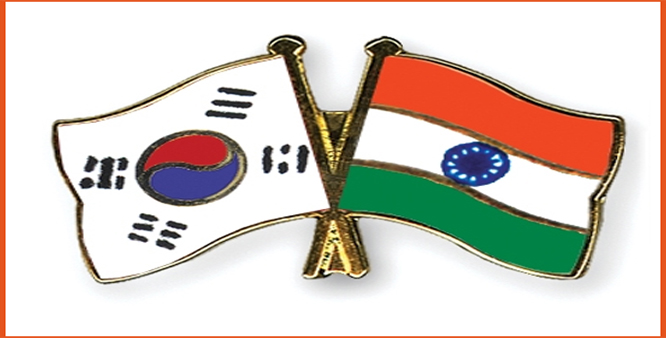 The Indo-Korean joint anti-piracy exercise 'SAHYOG- HYEOBLYEOG 2018' was conducted on April 5, 2018 off the Chennai coast.

The exercise was reviewed by the Director General of Indian Coast Guard Rajendra Singh and Commissioner of Korean Coast Guard General Park Kyung.

This joint exercise is a part of a proposed establishment of a MoU between the Coast Guards of India and Korea to improve maritime security in the Indian Ocean Region.

• As part of the exercise, ships of the Indian Coast Guard and the Korean vessel undertook strategic exercises and drills to counter piracy and carry out maritime law enforcement tasks.

• Indian Coast Guard deployed a Dornier aircraft to carry out sea-air coordinated search along with the five ships including Shaurya, Rani Abbakka and Abheek and one Chetak helicopter.

• The exercise witnessed varied scenarios such as the hijacking of a merchant vessel and its subsequent rescue, prohibition of a pirate vessel, cross boarding, fire fighting and the search and rescue (SAR) demonstration.

• The joint exercise was aimed at developing working level co-operation and an enhanced inter-operability in the fields of maritime search and rescue.