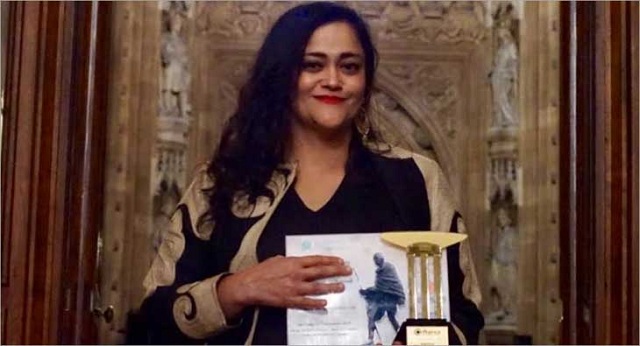 Indian journalist Kallie Puri was honoured with “India’s Most Powerful Women in Media” award. She received the global honour at the prestigious Confluence Excellence Awards at the British Parliament on September 27, 2019.

While receiving the award, Kalli Puri said, “It is very satisfying to be recognised internationally for the work we are doing at the India Today Group.” She added saying that handing business with a golden legacy in an industry that is changing at an unprecedented pace can be very challenging.

Kallie Puri: Everything you need to know

Kallie Puri is currently serving as the Vice-Chairperson of the India Today Group. She is a graduate in Politics, Philosophy & Economics from the Oxford University in England.

Kallie Purie began working with the India Today Group in 1996 as a marketing executive and reporter for their flagship magazine, India Today.

She was later appointed as the Chief Operating Officer (COO) of India Today Group Digital. Ever since, she has gained a rich experience of leading a wide range of media verticals including Aaj Tak, India Today Television, Aaj Tak HD,  Tez, a digital newspaper, apps and Dilli Aaj Tak.

Kalli Purie is a renowned name in media for her clear vision about the future of news. She leads one of the most celebrated team of journalists in a futuristic newsroom.

In March 2017, Purie was named as the 5th most powerful woman at the sixth edition of Impact Magazine’s Awards.

The Confluence Excellence Awards aim to recognize individuals for their innovative leadership and the success they have achieved through revolutionizing their field of work.

The awards were established by the Confluence Foundation, which was founded by Smita Srivastav.

Some of the advisory board members of the Confluence Foundation include Sandeep Marwah, Rina Dhaka and Anuradha Goel.

The Confluence Excellence Awards 2019 was the second edition of the awards.