Bharat Ratna is the highest civilian award of India that was instituted on January 2, 1954 by the order of Rajendra Prasad, the former President of India. Bharat Ratna recipients rank seventh in the Indian order of precedence, but constitution prohibits using the award name as title. 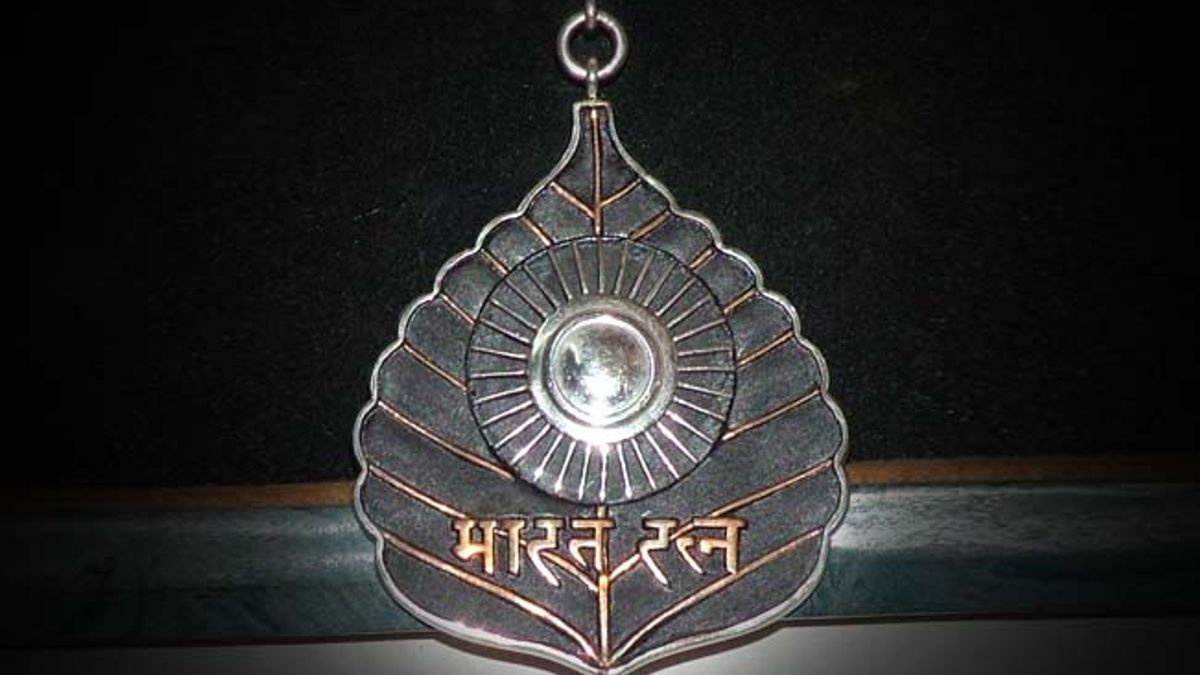 The award was also conferred on RSS ideologue Nanaji Deshmukh and singer Bhupen Hazarika, both posthumously.

Congress leader Pranab Mukherjee, who was the 13th President of India and served from 2012 until 2017, had served under Indira Gandhi. He was also the Finance Minister under the premiership of Manmohan Singh. 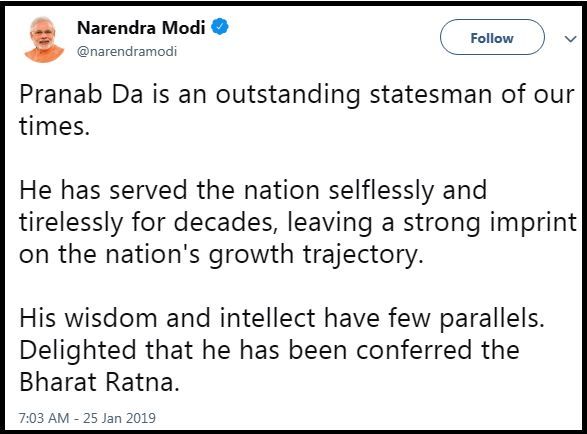 Nanaji Deshmukh, who passed away in 2012 at the age of 94, was a member of the Lok Sabha from 1977 to 1979 representing the Balrampur in Uttar Pradesh. He also served as a nominated member of the Rajya Sabha from 1999 to 2005. His contribution towards rural development showed the way for a new paradigm of empowering those living in villages.

Bhupen Hazarika, who died in 2011, was the legendary singer-composer from Assam. As put by PM Narendra Modi, “songs and music of Bhupen Hazarika are admired by people across generations. From them radiates the message of justice, harmony and brotherhood.”

• Bharat Ratna is the highest civilian award of India that was instituted on January 2, 1954 by the order of Rajendra Prasad, the former President of India.

• Bharat Ratna recipients rank seventh in the Indian order of precedence, but constitution prohibits using the award name as title.

• The award is conferred in recognition of exceptional service or performance of the highest order, without distinction of race, occupation, position, or gender.

• The award was originally limited to achievements in the arts, literature, science and public services but the union government expanded the criteria to include any field of human endeavour in 2011.

• Recommendations for the Bharat Ratna are made by the Prime Minister to the President, with a maximum of three nominees being awarded per year.

• Recipients receive a certificate signed by the President and a peepal-leaf–shaped medallion and award does not contain any monetary grant.

• The award can also be bestowed posthumously, as per the provision inserted in January 1966.

• The former Prime Minister Lal Bahadur Shastri was the first individual to be honoured posthumously in 1966.

• The first recipients of the Bharat Ratna were C Rajagopalachari, scientist C V Raman and Sarvepalli Radhakrishnan in 1954.